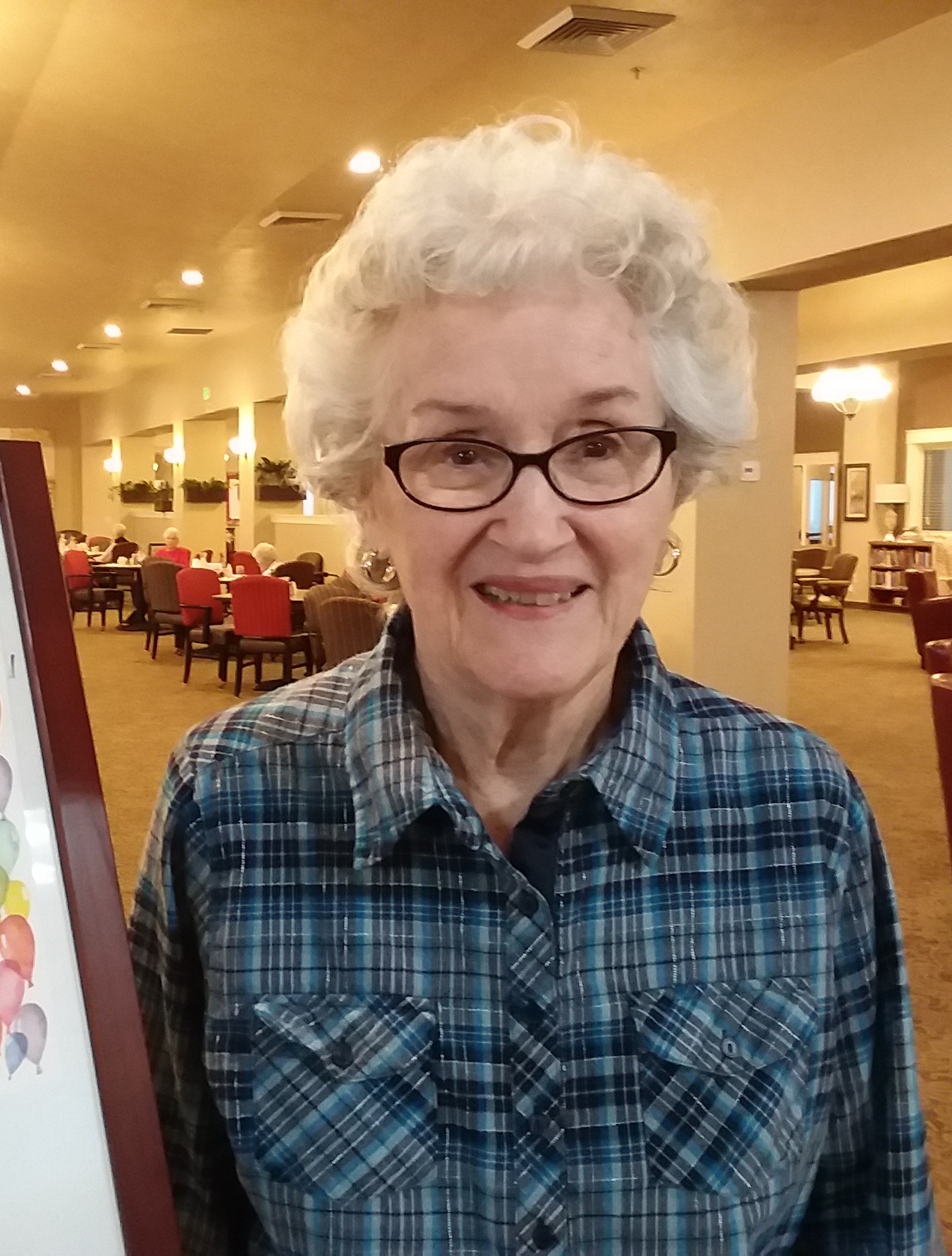 Darlene Frost, age 90, of Emmett, (formerly of Star, Idaho) passed away peacefully at The Cottages of Emmett, Idaho on March 13th.

She was born on December 22, 1931 in Geneva, Nebraska to Wesley and Hazel Miller.  She had six older brothers and being the only girl, she had many wonderful memories with them.

Mom attended school in Nampa, Idaho and enjoyed being involved in many different sports during her school years.  Shortly after graduating from Nampa High School she met Owen Frost while roller skating with her friends.  In July of 1950 they decided to marry and settle down in Meridian.

Mom started working for Idaho First National Bank in 1951 and that same year Owen was called to Active Duty for the Air National Guard.  She decided to follow him as he was sent to Georgia, Wyoming and finally Victorville, California where there son, Robert, was born in 1952.  In 1953 they moved back to Meridian and in 1955, their daughter, Becky, was born in Boise.

Our family moved many times in and around Meridian, but in 1975, Mom and Dad they finished building their new home in rural Ada County.  Many years later, they decided to sell and build another new home in Star, Idaho where they resided until 2017 when they moved to Grace Assisted Living on State Street in Boise, Idaho.  They were known as the "plaid" couple as they both loved wearing their plaid shirts.

We have many great memories of camping and fishing trips with Mom, Dad our Grandma and Grandpa Frost and many family friends.  Mom really enjoyed being in a bowling league for many years and had many good times with her friends. She also loved going to the Oregon coast and her and Dad would go whenever they could.  But their numerous jaunts to Jackpot were some of their best times.  They also took many trips outside of Idaho.  They traveled to Alaska, Hawaii and the East Coast with her brother Lester and wife Georgie; Reno, Nevada to see their granddaughter Micaela and New Orleans, Louisiana to see their granddaughter Stephanie.  They also went to Canada to see Owen's sister Shirley and to the Basque Country to see Esteban's family.

Her pride was her family and especially her two granddaughters, Micaela and Stephanie.  Mom and Dad attended many of their school functions and were there when the girls were Basque dancing in Emmett.  Grandma knows they will miss her useless information and dry send of humor.  She was a great wife, Mom, Grandma and Great-Grandma.

The family would like to extend sincere thanks to everyone at The Cottages In Emmett, Idaho and Heart & Home Hospice in Emmett, Idaho.  They were so kind and compassionate to Mom in the few months she was a resident.

The immediate family will be having a private graveside service.  A Celebration of Life will be planned at some point in the future.  In lieu of flowers, donations may be sent to the Idaho Youth Ranch.