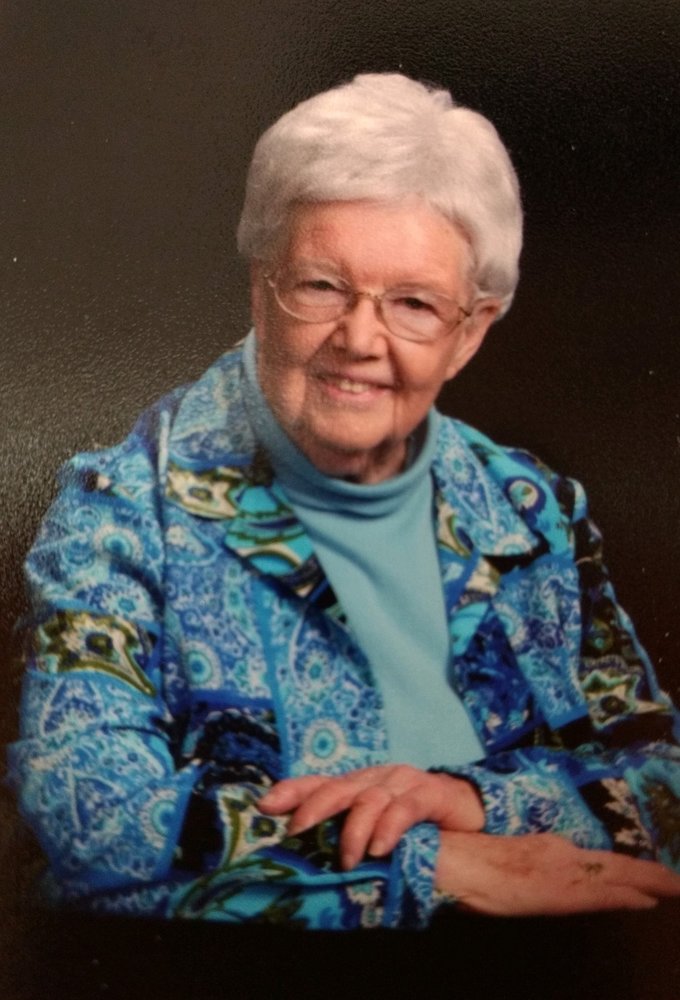 Betty Harsch was born in Bartley, Nebraska, the oldest child of Samuel and Myrtle (Mangnall) Harsch.   Sam and Myrtle were a farming family, so Betty and her brother and sisters grew up in the dustbowl of Nebraska in the 1920’s and 1930’s.  Betty graduated from Red Willow High School in 1943 and attended college briefly, but at the urging of her father followed a lifelong passion for teaching.  She began teaching in a single-room schoolhouse near her parents’ farm.  During a visit to Idaho to see relatives she met Harold Lubcke, who became the love of her life, and the two of them were married in McCook, Nebraska on December 1, 1946.

The couple farmed on the New Project in New Plymouth, and then in Emmett, but moved to Nampa in 1952 when Harold began working for the Union Pacific Railroad.  They became lifelong members of Zion Lutheran Church, and were deeply involved in the development of Zion Lutheran School.  Betty and Harold had seven children, and raised them in Nampa.  They regularly taught bible classes and Sunday school, and she began sending cards and letters to the church’s shut-ins, a ministry that she maintained for over 50 years.  When her own children were old enough to all be in school, Betty returned to Zion School as well, as the librarian and secretary.  And when her children graduated from parochial school, she broadened her reach, serving as a Special Education teacher’s aide in the Nampa School District.

Betty and Harold were married for nearly 52 years.  After his death in 1998, she remained in their house on Nectarine Street, close by Zion Church and School.  But her own mission broadened.  In 1990 she co-founded the quilting group at Zion Church, in support of Lutheran World Relief.  The group delivered hundreds of quilts to LWR every year.  It was a driving passion for Betty, and she frequently sewed over 250 quilt tops a year herself.  Even after she moved into assisted living in 2018, she continued to sew blocks for the quilt group at Zion.

Betty was preceded in death by her parents and her husband, as well as her brother Donald.  She leaves behind two sisters, Julia Lytle of McCook, Nebraska, and Janice Walker of Lincoln, Nebraska.  All seven of her children mourn her passing:  Martin, Teresa, Ruth, Walter, Carol, Eileen and Jim.  She was also blessed with 15 grandchildren and 18 great-grandchildren.

The children extend their heartfelt thanks to her large extended family and precious friends.  A celebration of Betty’s life will take place at 11 AM on Monday, March 16 at Zion Lutheran Church, 404 Nectarine Street, Nampa, Idaho.  Interment will follow at the Emmett Cemetery.  Memorial contributions can be made to Zion Lutheran School (and per her love of books, earmarked for the Library).  We are going to miss her every day.

To send flowers to the family or plant a tree in memory of Betty Lubcke, please visit Tribute Store
Monday
16
March

Share Your Memory of
Betty
Upload Your Memory View All Memories
Be the first to upload a memory!
Share A Memory
Send Flowers