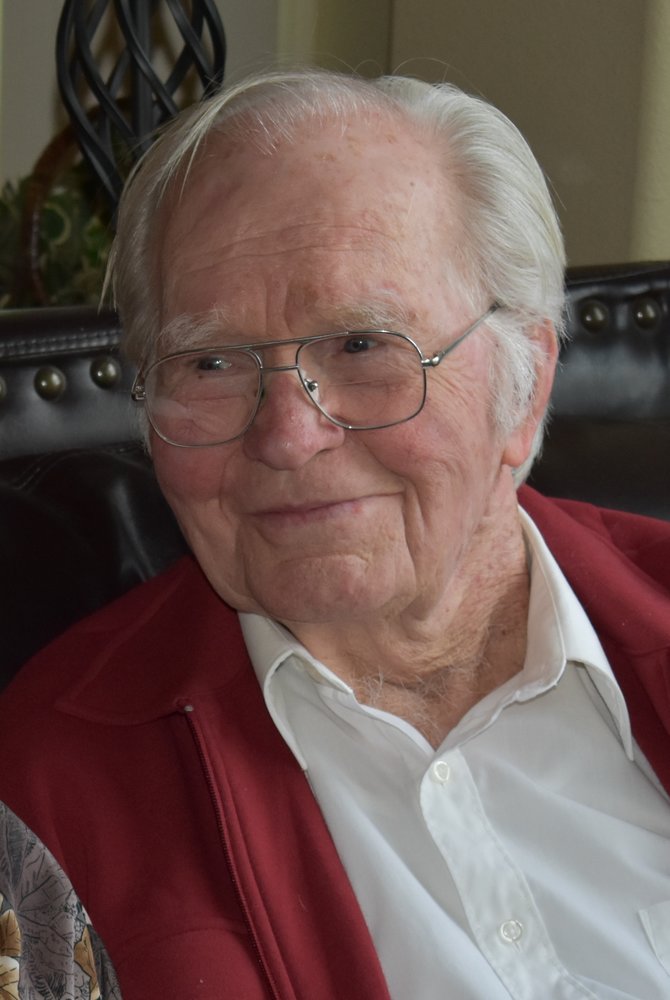 David Ray Leighton passed away peacefully at his home in Meridian with his wife and daughter by his side on March 11, 2020.

A memorial celebration to honor his life will be held at a later date at Summit Church, 10375 W Overland Rd, Boise, ID 83709.

Dave was born February 5, 1933 in Madison, South Dakota, the first of four children of Arthur and Margaret Leighton. In 1952, at age 19 he married his high school sweetheart, Myrtis Dahl. He entered the Army and spent most of his two years in Germany. Dave and Myrtis welcomed their first son, Rodney Ray in 1956 while in South Dakota. Shortly after, they moved to California where daughter, Rhonda Rae was born in 1958 followed by son, Randall Ray in 1962. They lived in CA for 20 years before moving to their forever home in Idaho. Dave worked in the construction field most of his life. He enjoyed woodworking clear into his retirement years. Many of his clocks, crosses and trivets are kept as treasured keepsakes.

After retiring in 1998, Dave and Myrtis had the joy of being "Snowbirds" for many years. They made many friends and great memories. The last few years have been spent together in their Meridian home, enjoying the beautiful view of Shaffer Butte and the surrounding mountains. Up until recently, they were able to get out, take car rides, and visit family. Dave so enjoyed seeing the progress and changes being made in this valley!

He was preceded in death by his parents. Dave is survived by his wife, Myrtis of 67 years; three children: Rod of Caldwell, ID, Rhonda (Lee Majors) of Boise, ID, Randy (Bonnie) of Hailey, ID and their families including numerous grandchildren, and great grandchildren. He is also survived by his brother, Harold (Janice) Leighton of Madison, SD; brother, Terry (Janice) Leighton of Star, ID and sister, Audrey (Paul) Kinser of Lodi, CA.

In lieu of flowers, the family asks that you consider making a memorial donation in Dave's memory to "Samaritan's Purse" or the Lung Cancer Foundation of America. The family wishes to extend their sincere thanks and deep gratitude to the wonderful nurses and staff at Doctor's Hospice of Meridian. They made this journey much easier for all of us.

Remembrances may be left for the family on Dave’s webpage at www.AccentFuneral.com.  Services are under the care of Accent Funeral Home, Meridian.

To plant a tree in memory of David Leighton, please visit Tribute Store

Share Your Memory of
David
Upload Your Memory View All Memories
Be the first to upload a memory!
Share A Memory
Plant a Tree