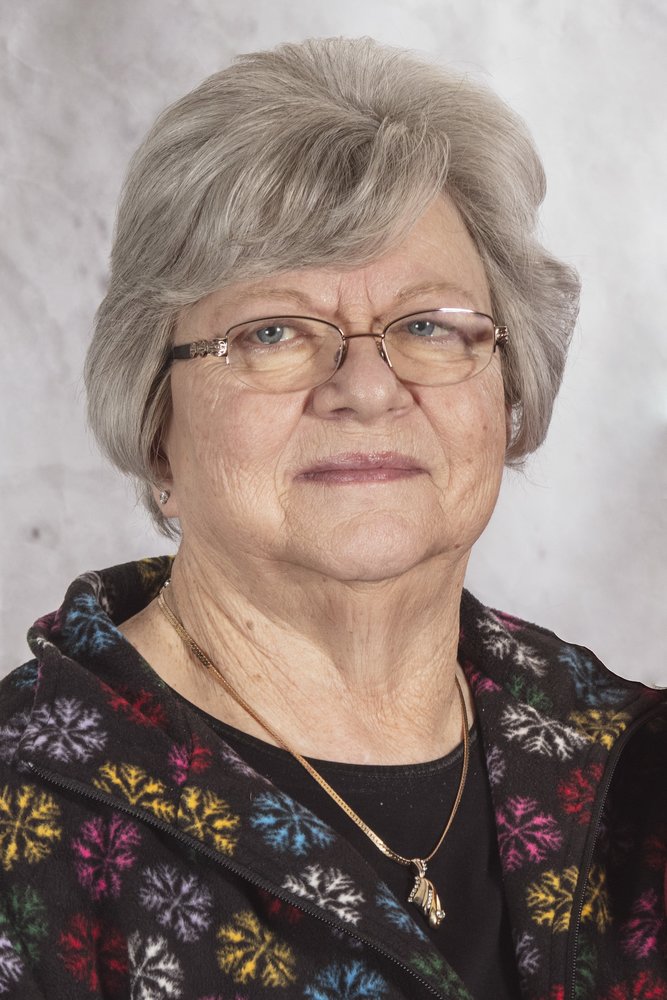 Stella Mae Stroebel passed away on May 5, 2020 at her home in Kuna, Idaho. She was born on January 3, 1948 to Raymond Edward Langley and Mildred Eva (Smith) Langley, and was the oldest of two children.

Stella grew up on the family farm West of Meridian, Idaho on the corner of Cherry Lane and McDermott Rd. The family owned the farm for about 100 years and this is where she developed her love for 4-H, agriculture and the country life. She attended Roosevelt Elementary School on Black Cat Rd and later graduated from Meridian High School in 1966. After high school, she attended Boise Junior College. One of her earliest jobs after college was at Birdseye Frozen Vegetables in Nampa, Idaho. Stella made her “career” working with the Boise School District as a Title 1 Tutor for reading. After working there for more than 20 years, she retired in 2003.

In 1970, Stella married Ben McNealy and became an instant step-mother to his 4 children; Debbie, Lori, Brian, and Brent. Stella and Ben later adopted two more children, Grady and Chris, in 1974. In 1996, Stella became a widow.

In 1999, Stella was reconnected with Vern Stroebel. They had actually dated for a year and a half while she was in high school (1964-65). They dated for about 7 months before getting married on June 24th, 2000. Again, Stella instantly gained 4 more step-children; Katrina, Kevin, Kurtis, and Kasara.

Vern and Stella were able to enjoy early retirement together which allowed them to quickly build life-long memories. They enjoyed traveling, camping and Nascar races to name a few. A large part of their life together revolved around the love and passion for their many grandchildren and great grandchildren. In 2005, they purchased a motorhome, which allowed many new opportunities for memories with family. The first trip involved several of the grandchildren on a trip to the Lagoon amusement park near Salt Lake City, Utah and many trips around the country and to the Washington coast for family fishing trips. In 2009, Stella and Vern acquired a cabin in Pine, Idaho near Anderson Ranch Reservoir. The cabin allowed them to host many family and friends gathering for fishing, barbecues, and ATV adventures.

Stella was avidly involved with church her whole life. She grew up in the Meridian Methodist Church. She also enjoyed attending Whitney Baptist Church and Greenhurst Bible Church. After marrying Vern, they made Kuna First Baptist Church their home. She loved serving in many ways, including AWANA’s, Vacation Bible School, volunteering in the church office, and being active on the social committee. Stella was always eager to share her passionate love for Christ which could be seen in the way she cared for others in all her actions.

Stella left a legacy throughout the Boise Valley through her zeal for agriculture and a very strong passion for serving God. She would tell you that nothing in her life happened by accident, and that God orchestrated each and every piece to create the masterpiece that was her life.

To send flowers to the family or plant a tree in memory of Stella Stroebel, please visit Tribute Store
Sunday
10
May

Share Your Memory of
Stella
Upload Your Memory View All Memories
Be the first to upload a memory!
Share A Memory
Send Flowers