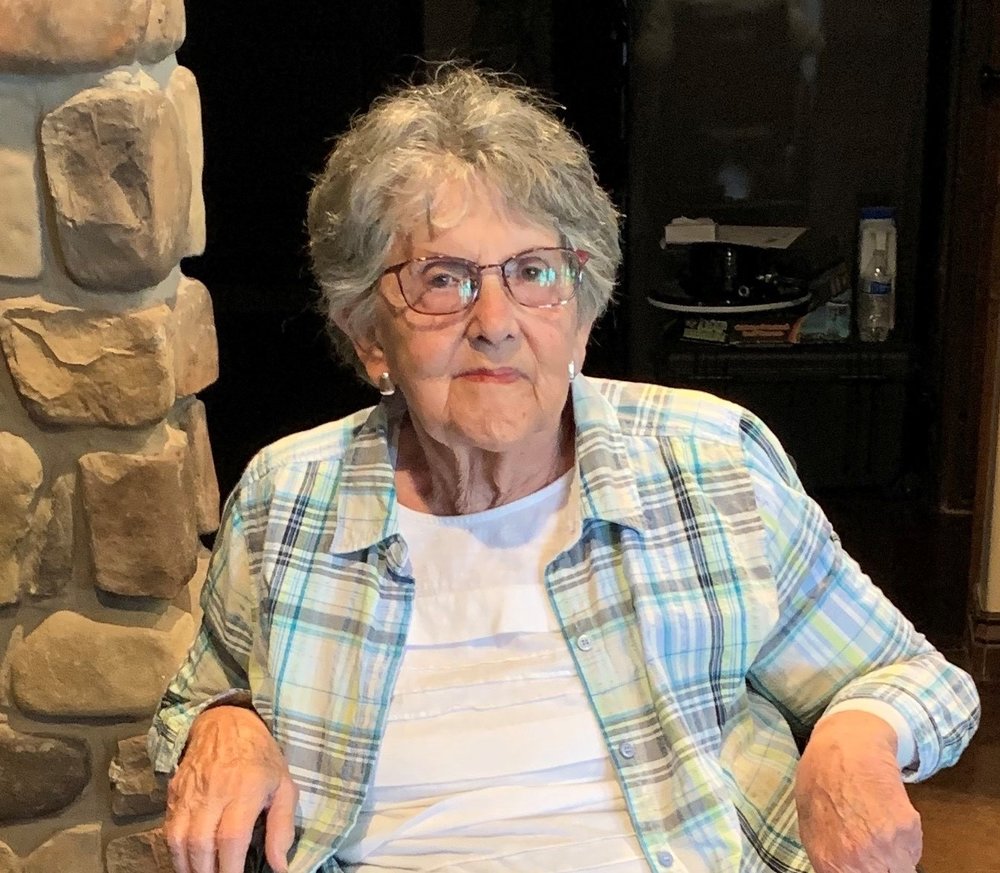 Born on August 27, 1931 in Gustine, California, the infant christened Mary would soon show her intent to carve her own path through life. On beginning school, she found herself surrounded by so many other girls called “Mary” that she simply added Ann as her middle name and it stuck.

Mary Ann was the first born of Frank and Margaret Fraga (née Coelho), a couple who came to the United States in the early 1900s, as youngsters from the Azores Islands of Portugal. Like so many with those roots, Frank and Margaret established a dairy and imbued the young Mary Ann with the work ethic on which a successful dairy depends.

Their household was one that emphasized family, hard work, education, religion, good food, and pride in American citizenship. Growing up in an immigrant household, however, Mary Ann’s first language became what she heard around the house and over dinner: Portuguese. She did not learn English until she went to school, when she became bilingual. That proficiency in two languages would come in handy later.

The family had two daughters, Mary Ann and her younger sister, Agnes; her father often turned to Mary Ann for help he needed on the dairy. She would reflect later in life that, “Because my father had no sons, I had to do the work of a man on our farm.” She did, setting the stage for later life when she rose to positions in industry then largely considered “the work of a man,” eventually outperforming everyone else, regardless of gender, but that comes later in her story.

Beyond the farm, Mary Ann helped the family in many other ways. Her mother, Margaret, never learned to drive so Mary Ann was given a special permit allowing her, at age 13, to be chauffeur for her mother and sister. As a young girl, she coached her father in his ongoing efforts to improve his English sufficiently to memorize the U.S. Constitution and gain his citizenship. Mary Ann also accompanied her father, as a preteen and young teenager, when precision in the English language was needed, for instance, as her father’s spokesperson, when negotiating deals with bankers.

Marriage and family came early for Mary Ann, as they did for many farm girls in the middle twentieth century. She married Manuel Carl Molles, a young dairyman on October 5, 1947, leaving high school, in Gustine, California. She would later complete her high school education, as an adult with school age children of her own.

Through lean years and prosperity, Manuel and Mary Ann, working always as a team, had a strong and happy marriage. The early years were spent on the family dairy. Then, after the dairy was sold, they worked a variety of jobs to support their family of six children. It was during this period that Mary Ann’s aptitude for organization and working with people became apparent and she developed a career in the food industry.

Her work in the food industry began with a job as a short order cook at Castle Air Force Base in Atwater, California. From there she took a position in the quality control laboratory at Puccinelli’s onion dehydrator near Cressey, California. She left Puccinelli’s for Bright Foods in Turlock, California, which later merged with Banquet Foods in 1966, a subsidiary of ConAgra Foods Inc.

At Banquet Foods, Mary Ann soon showed herself to be a master of food processing and production and a trailblazer for women in the industry. She rose quickly through the ranks, ultimately being offered a promotion to Production Supervisor for the entire Turlock plant. Mary Ann said that she was honored by the offer but told the CEO that she would not accept it unless she received the same compensation as the men holding that position in the company. Told that the company was not prepared to make an offer of equal compensation, she walked out of the meeting.

Fortunately for Mary Ann and, as it turned out, the company, the offer of equal compensation came the next day and she was promoted to Production Supervisor, the first woman to hold that position in the history of Banquet Foods. She soon distinguished herself by setting production records for all Banquet Foods processing plants across the nation. This success prompted company headquarters to send production engineers and efficiency experts to study Mary Ann’s methods and to have her travel to the company’s other food processing plants to observe and advise other production supervisors.

The keys to Mary Ann’s proficiency were an apparently intuitive grasp of systems and production engineering and a gift for working with all people but, especially, with the immigrant portion of the work force, most of whom were Portuguese speakers. With her fluency in the Portuguese language and familiarity with the culture, Mary Ann easily integrated these workers with the rest of the work force and addressed any questions that arose. Given this start, many went on to start successful businesses of their own and pursue higher education.

After some years, driven by a desire for greater independence and by an entrepreneurial spirit, Mary Ann retired from Banquet Foods and, partnering with her sister Agnes, applied her energies to their own catering business: Busy Bee Catering. Manuel and Agnes’s husband, Joseph Dias, pitched in to help out as needed. Drawing significantly on contacts made at Banquet Foods, Busy Bee Catering was soon a first choice for weddings and employee dinners for many prominent companies.

Sadly, Mary Ann was widowed on September 24, 1982, when her husband, Manuel, died, following a long battle with cancer. It should be noted that Manuel, hardworking and successful in his own right, was supportive throughout their marriage and took great pride in Mary Ann’s many successes. After Manuel’s passing, Mary Ann continued the catering business with the help of her daughters and her sister Agnes and it continued as a favorite in the community.

Mary Ann married her second husband Daniel Esparza, a retired career Army veteran, on September 7, 1986. Mary Ann’s organizational skills were now bolstered by Dan’s logistical experience from his military career. They soon started a second catering company, Classic Catering, which took the business to an even higher level, serving dinners to 500 to 1200 people at a sitting. Dan’s experience with international travel during his military career also expanded Mary Ann’s geographic and cultural horizons and she thoroughly enjoyed their trips abroad together. In 2014, Mary Ann and Dan moved to Boise for health reasons and to be closer to family with many decades of ties to Idaho.

A life may be made possible by work but other ingredients are usually needed for fulfillment. For Mary Ann, those ingredients were provided by her love of flowers and the visual arts. Fascinated by painting, it became one of her greatest passions and she took many art classes over the years. Combining her delight in painting with her commitment to family, one of her greatest pleasures was giving art lessons to her young grandchildren.

To send flowers to the family or plant a tree in memory of Mary Ann Esparza, please visit Tribute Store
Friday
26
June

Share Your Memory of
Mary Ann
Upload Your Memory View All Memories
Be the first to upload a memory!
Share A Memory
Send Flowers