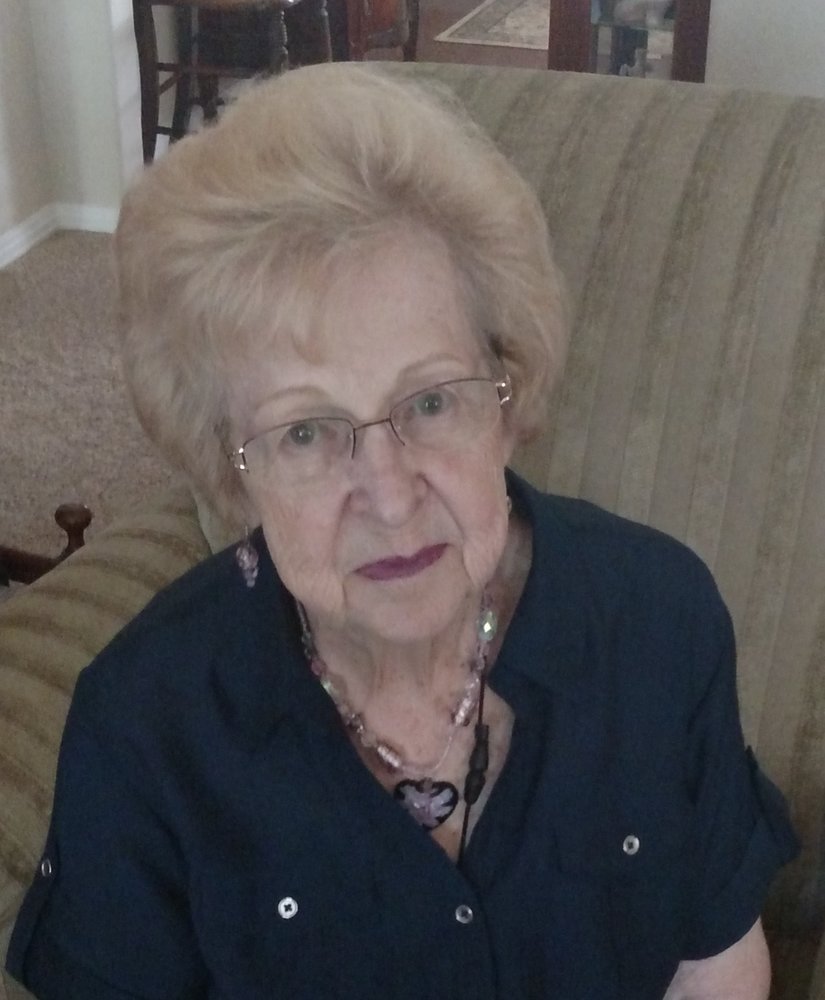 Maudie Burke departed this world to join her husband James Burke and son Jeff Burke in heaven on June 16, 2020. She was 88 years young. She is survived by her brother William Dearlove and sisters Laura Halstead and Janice Fowler.

Born to Lucian and Evelyn Dearlove in East Prairie, Missouri, she set forth on a lifetime of adventures that carried her to all 50 states, Japan, England, Canada, and Mexico. She lived in Nevada and Idaho for more than fifty years.

Maudie's family was her life. She was a loving wife, fantastic mother, amazing grandma and loyal friend.

Next to her family, her greatest love was antiques, especially antique dolls and toys.  She was a certified appraiser for antiques and collectables. Maudie was a well-known and respected business owner of Maudie's Antique Cottage and Laurel Gift Cottage. Both stores were located in Las Vegas.

Maudie and her husband Jim were devout Christians. Wherever they lived, they joined and supported the local Methodist Church, served on leadership committees and sang in the Choir until health issues prevailed.

Maudie believed in volunteerism. She was a founding member of St. Jude’s Women's Axillary, a lifetime member of Beta Sigma Phi, as well as an active member of the National Association of Women Executives and General Federation Women's Clubs.

Alzheimer's disease dimmed her shining light. Maudie spent her final three years at Paramount Parks in Eagle, Idaho. She loved the staff and they were devoted to her.

Maudie will rest eternally with her husband James Burke at the Idaho State Veterans Cemetery in Boise, Idaho. Her ashes be placed with her husband Jim Burke on Monday, June 22, 2020 at 10:00 AM. The family plans to hold a celebration of life at a later date.

To send flowers to the family or plant a tree in memory of Maudie Burke, please visit Tribute Store

Share Your Memory of
Maudie
Upload Your Memory View All Memories
Be the first to upload a memory!
Share A Memory
Send Flowers