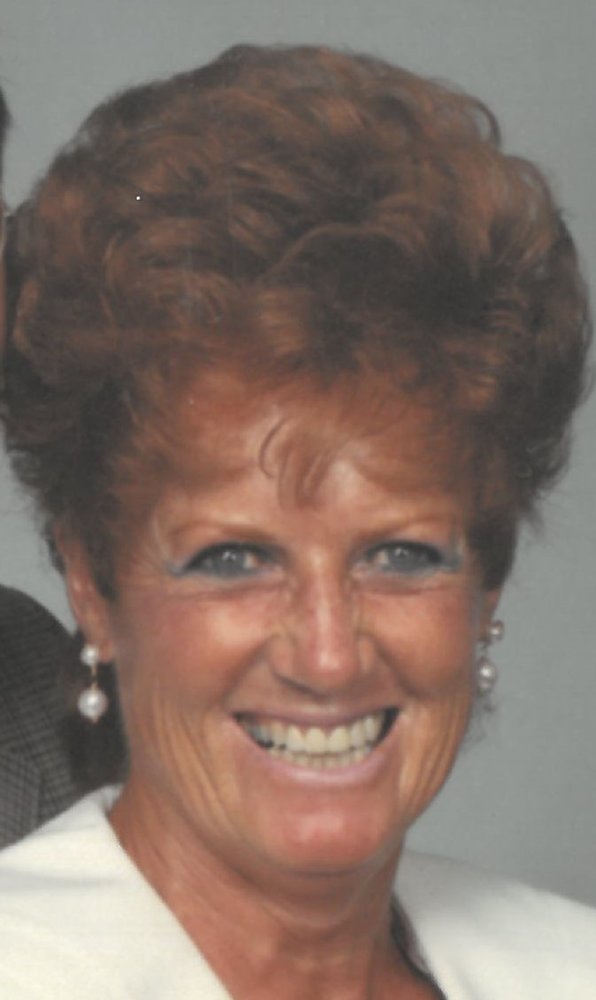 Our mom, Sheila Wade Martin, passed away peacefully at home on June 21, 2020 of natural causes.

She loved being a mom, her flowers and her dogs.

During WWII, she and her three sisters were evacuated to the English Countryside where they stayed with volunteer families for two years.  She was just 11 years old.  A few years later, another sister, Medrys was born and together they became the 5 “Wade girls” of Wisbech, England… She went to boarding school and became a maternity nurse for a short time.

As an adult, while working in London, the stunning redhead met an American Navy sailor, our dad, Jim Martin.  They married in 1953, in a quaint stone church in her hometown of Wisbech, England.  They spent the next 16 years moving many times with the U.S. Navy, having children along the way.  Jennifer was born in Virginia, Debra in Connecticut, Steve in Ireland, Karen in Utah and David in Maryland.
We were living in Charleston, South Carolina when dad retired from the service as a RMCM in 1968.  Our parents moved us all to Notus, Idaho, close to where dad had grown up.

Mom helped dad run the station and was very active in the community of Notus, especially when it came to Notus School.  She was “mom” to many of her children’s friends.  Her greatest joy was being a mom.

As the children graduated from Notus High School, she spent her time volunteering in the community.  She worked for the local American Cancer Society, even becoming the chapter president for a time.  She also worked part time at the Notus Post Office for many years.  Born a British subject, she became a U.S. citizen in 1981.

After dad retired again, they moved to a home outside of Caldwell.  Mom continued to live there after dad passed in 2002, until 2012 when she moved in with daughter, Debra in Boise.  Debra says, “I’ll treasure the memories we made together those 7 ½ years.”

No service is planned at this time.  In lieu of flowers, please send a donation to your favorite charity.

To send flowers to the family or plant a tree in memory of Sheila Martin, please visit Tribute Store