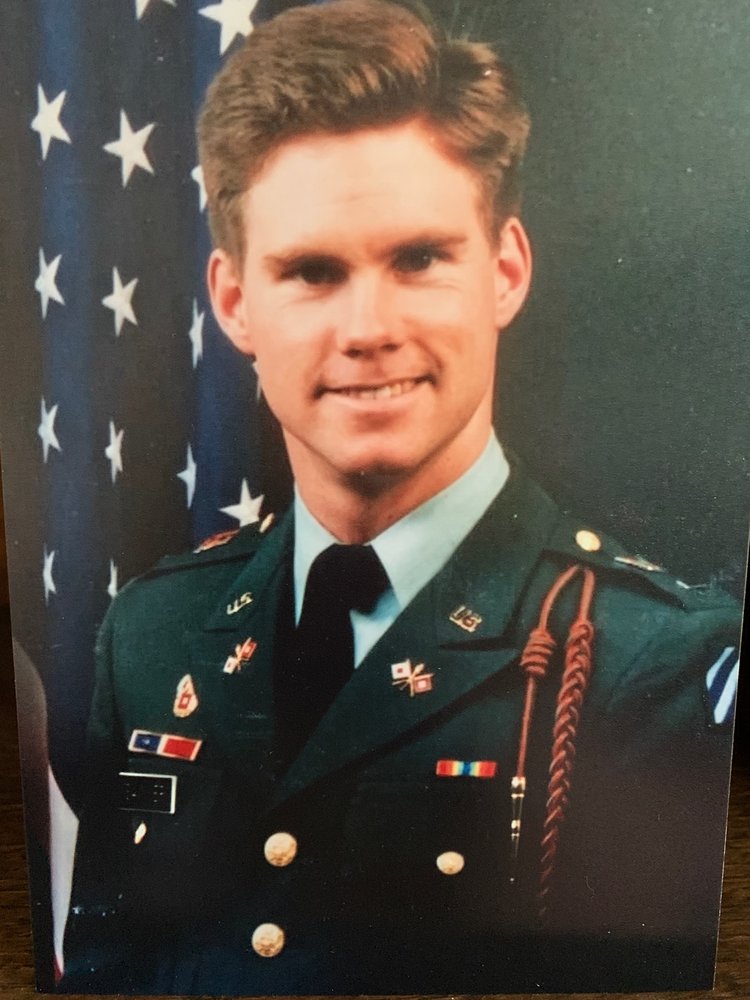 After a fierce and courageous two-year battle with a rare form of leukemia, CMML-2, Patrick Alan Sawyer passed away on September 5, 2020.  He was 57 years old.

He is survived by his wife and the love of his life, Kim, as well as his 18-year-old daughter, Lily, who never failed to make him proud.  His youngest daughter, Ava, who loved basketball as much as Patrick did, was killed in a car crash on May 7, 2020.

Patrick was born in Munich, Germany, July 21, 1963, the first of four children of Thomas and Phyllis Sawyer.  He moved to the United States at the age of two, when his father completed his service in the U.S. Army.  He grew up in Elkhart, Indiana, and then moved with his family to Boise in July, 1977, just before starting the 9th grade.  He graduated from Capital High School in 1981.

Patrick attended Gonzaga University on an Army ROTC Scholarship.  A few months after arriving at Gonzaga, he called home to tell his basketball-obsessed family that Gonzaga had a point guard named John Stockton whom we needed to come watch.  He looked on the court like he was skating instead of running, Patrick told us, and he would definitely go pro.  He’s short and plays for low-profile school, we thought, so we laughed and blew it off.  Whoops.  Patrick remained a diehard Zags, Utah Jazz, and Stockton fan until the day he died.  He has picked the Zags to reach the Final 4 something like 25 of the last 20 years.

While at Gonzaga, Patrick was the only Gonzaga cadet awarded the prestigious George C. Marshall award, an annual award given to the nation’s top Army ROTC Cadets, based on scholarship, leadership, physical fitness, and community involvement.

Following college graduation and receiving his U.S. Army Commission, Patrick spent four years back in Germany as a Signal Corps Second and then First Lieutenant.  He loved his country, and remained a very strong supporter of U.S. Military personnel, all his life.

Patrick left the military and returned to the States in 1991, spending the rest of his post-military career working in the private sector.

In 1999, while working in television news in Fargo, North Dakota, Patrick met Kim.  Within months, he brought her to meet the family, letting us know he was pretty darned sure that she was “the one”.  They were married in Fargo September 22, 2000.

Patrick was one of the most moral and principled people his family has ever known.  As big brother to Suzy (Martinez), Tim, and Ryan, he was a very strong role model.  The positive example he set for them, and his influence on whom they became, has now positively impacted all of their children as well.  You will always be missed, Patrick, and because of the example you set, your impact will be felt for generations.

Patrick was an inspiration to all of us.  God and family were paramount.  His immediate family – Kim, Lily, and Ava – was the most important thing in the world to him. He rarely missed a dance performance, a basketball game, or a swim meet. He could not have been prouder that Lily was accepted to the nursing program at the University of Utah, following in Kim’s footsteps to become a nurse.

His life revolved around his family, and he would have done anything for any of us. He told us that if anyone in the family had to die before their time, he was glad it was him.  He feared death only because he feared not being around to look out for Kim and Lily.  We are thankful that Patrick is now reunited with Ava in heaven.

Kim has requested that in lieu of flowers, memorials can be made in Patrick’s name to the Knights of Columbus at stmarksboise.org.  Patrick was a member and strong supporter, eventually becoming Grand Knight.  Who Patrick was is explained almost perfectly by the Knights’ mission:  helping men be better husbands, fathers, sons, neighbors, and role models, and putting charity and community first.

Visitation will be held from 5 to 7 PM on Thursday, September 10th at Accent Funeral Home, 1303 N. Main St. in Meridian.  Recitation of the Rosary will begin at 10:30 on Friday, September 11th with the celebration of funeral Mass following at 11 AM at St. Mark’s Catholic Community, 7960 W. Northview St. in Boise.  Services will be live streamed at http://www.st.marksboise.org. Remembrances may be left for Patrick’s family on his webpage at www.AccentFuneral.com

To send flowers to the family or plant a tree in memory of Patrick Sawyer, please visit Tribute Store
Thursday
10
September

Share Your Memory of
Patrick
Upload Your Memory View All Memories
Be the first to upload a memory!
Share A Memory
Send Flowers