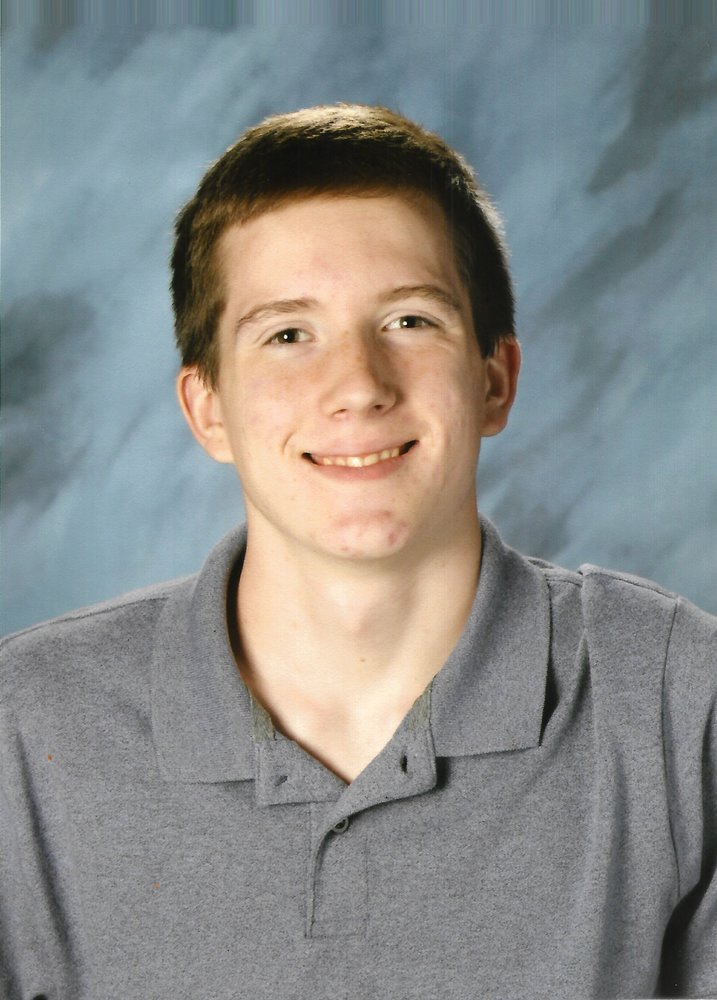 Ian Robert Balderson, 19, left this world on October 6, 2020. We pray that he is at peace now in the arms of Jesus and Mary.

When he was born, he was the center of attention from his sisters. Ian would ride in the double stroller with sister, Emma, when Mom walked sister, Chloe, to kindergarten. He loved to get dirty out in the backyard as he grew into his toddler years. A photo of him was taken covered head to toe in mud one day when he was about 5 years old with the biggest grin on his face!

Ian attended St. Paul's Catholic School in Nampa for preschool, then Endeavor Elementary for kindergarten and first grade. He had a special teacher, Mrs. Ann Tan that recognized his gifted mind and helped steer his family toward resources for gifted and talented children.

Ian loved to read and began to read the entire Harry Potter series in first grade. He read many books in his elementary and middle school years. He was homeschooled in second and third grade, then attended Legacy Charter School in Nampa from fourth through eighth grade. He had one close friend, and got along with others, but he preferred to be by himself, He was always interested in computers. He built his own computer from parts he was able to find or purchase online when he was in high school. He attended Liberty Charter School his freshman year, then transferred to Columbia High School for the remainder of his secondary education.

Ian graduated from Columbia this past summer on July 1, 2020. He had several jobs in high school, including Chicago Connection and Chung Hing Restaurant, both in Nampa. He was active in Cub Scouts from first grade to fifth at St. Paul's (Pack 160) and Boy Scouts (Troop 116) at First United Presbyterian Church in Nampa. He loved scouting and had many adventures with his troop including attending Camp Morrison in the summer and Willow Creek in the spring. He made it to the rank of Life Scout, and his family is forever grateful for the troop leadership, parents and young men that were such a positive influence in his growing up years.

Ian applied and was accepted to the College of Western Idaho (CWI) and Boise State University (BSU). He hoped to complete a degree in Information Technology and help people with their computer challenges. With CoVID and all the changes that came with it, Ian became more isolated and struggled with mental illness. He decided not to attend college and was trying to focus on his health this past summer. Unfortunately, he made the decision to end his own life. His family will miss him forever and are deeply saddened, but we know he will rise again on the Last Day.

Ian was baptized Catholic and decided to be confirmed when he was 15. His mom treasures the conversations they had about faith and life when he was going through the confirmation process at Holy Apostles Catholic Church. He was an altar server for several years at Holy Apostles and always looked forward to his candy bar that Father Len would give him at the end of mass.

Ian, you were gone too soon in our eyes, but in the eyes of God you lived the perfect amount of time to accomplish your purpose here on earth. You are with your Lord and Savior and no pain or suffering can touch you now. We love you and will miss you forever, until we meet again.

A Vigil and Rosary will be held, 7:00 pm Monday, October 12, 2020 at Holy Apostle Catholic Church, and Mass of Christian Burial celebrated at 11:00 am Tuesday, October 13, 2020 at Holy Apostle, burial will follow at the Mt. Calvary Cemetery in Nampa. Arrangements are under the care of Accent Funeral Home. Condolences to the family may be left at accentfuneralhome.come

To send flowers to the family or plant a tree in memory of Ian Balderson, please visit Tribute Store
Monday
12
October

Share Your Memory of
Ian
Upload Your Memory View All Memories
Be the first to upload a memory!
Share A Memory
Send Flowers