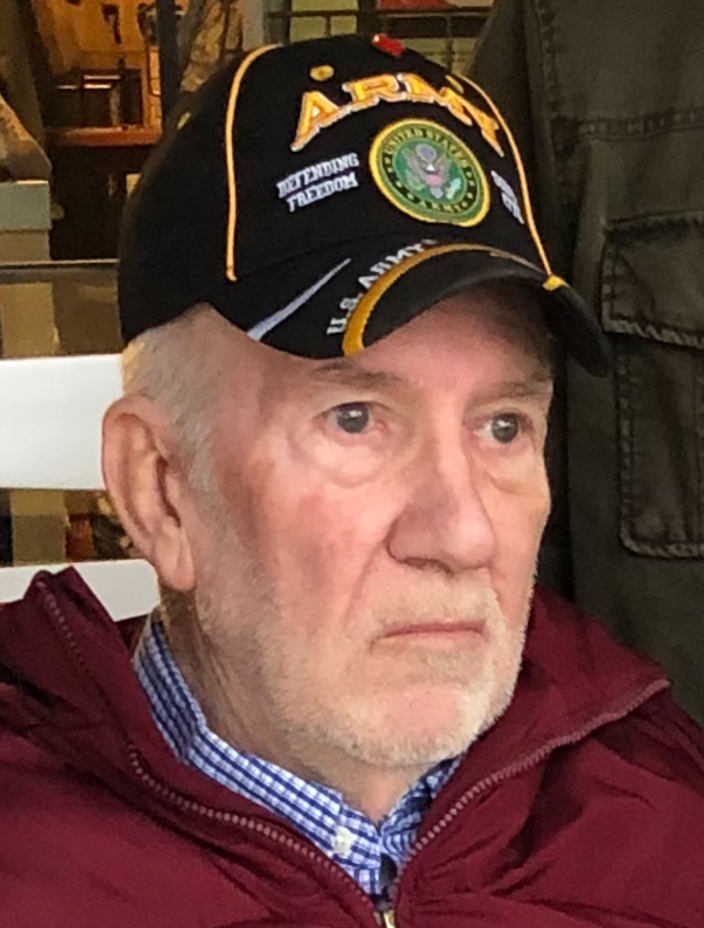 Orville Gary Mee, 78, of Meridian, Idaho, closed his eyes on earth then opened them to see his Savior in Heaven on December 31, 2020 after a five-year struggle with Parkinson’s Disease.

Gary was born January 17, 1942 in Topeka, Kansas to Orville Garrett and Helen Laverne (Vobach) Mee and grew up in Clay Center, Kansas and Loveland, Colorado.  After graduating from High School in Loveland, he briefly attended Colorado State University then moved with his family to Caldwell, Idaho.

Gary was drafted into the United States Army during the Vietnam War and served on active duty for two years as Orderly to the Commanding General at Fort Carson, Colorado.  Upon discharge from active duty, he served an additional four years in the US Army Reserves.  Gary was a true patriot with great love and respect for his country and his flag.  He always went out of his way to thank other veterans for their service to the country and was typically humbled and touched when others thanked him for his service to the United States.

Gary lived his life according to Ecclesiastes 9:10, “Whatever your hand finds to do, do it with all your might.”  He loved working and no matter what the task, he attacked it with all his might.  Gary was a printer by trade and, together with his wife, owned Creative Printing in Caldwell, Idaho, later founding and publishing The Caldwell Times weekly newspaper. He loved the printed word and amassed an enormous personal library that he cherished and thoroughly enjoyed.  As with his career, Gary enjoyed simple pleasures with all his might, namely good coffee, good dogs, good books and good music. He had a well-honed sense of humor.  Even during the worst of his illness, he joked that dementia isn’t all bad because, though he couldn’t remember what he ate for breakfast, at least he could hide his own Easter eggs.

Gary was a skilled woodworker, creating everything from handmade pens turned on a lathe to intricate scroll saw designs to furniture.  After his “retirement” he went to work full-time for Woodcraft of Boise, where he made many friends among co-workers and customers alike.  He enjoyed working in and maintaining his wood shop until he became too ill to do so.

Gary’s life exemplified many qualities described in the book of Romans, chapter 12.  He was a quiet, humble man of faith.  He was gifted with both leadership and service and used these gifts liberally, whether serving as an elder in his church, mowing the lawns of the elderly or the disabled, or quietly and unobtrusively meeting the material needs of family, friends, and strangers alike.  He was always quick to show mercy.  He was “…not lagging behind in diligence, fervent in spirit, serving the Lord, rejoicing in hope, persevering in tribulation, devoted to prayer, and contributing to the needs of the saints…” (Romans 12:11-12)

Gary was married to Sharon Dobbs, of Kuna, Idaho, on October 14, 1966.  They were married for 54 years and together raised two children, Melissa J. Mee of Meridian, Idaho and Patrick G. Mee of Parma, Idaho.  Gary loved his family and demonstrated this love by actively providing for the needs of his family for as long as his body allowed him to do so.  He is survived by his wife, Sharon, his daughter, Melissa, his son Patrick and wife Rebecca; grandchildren Joshua Klipping and wife Cristal, Ryne Mee, Nathanael Mee and wife Kaylee, Jessica Meis and husband Josh, Nicole Klipping, Andrasia Mee and Bryn Mee; great-grandchildren Michael Chamberlain, Lucy Meis, Uriah Klipping and Ellie Meis; his sister Mary Ireland and husband Richard; numerous nieces and nephews; and finally, his grand-dog Belle and his thoroughly loved and spoiled rescue dog Annie who was his faithful, constant companion throughout most of his illness.  He is predeceased by his parents, Orville G. Mee and Helen L. Mee, his Mother- and Father-in-Law F. Fern Dobbs and Jesse L. Dobbs, and his also thoroughly loved and no less spoiled dogs Gretel, Mickey, Jael and Molly.

A military service with full military honors is planned for Friday, April 23, 2021 at 10 a.m. at the Idaho State Veterans Cemetery in Boise, located at 10100 N. Horseshoe Bend Rd., followed by a Memorial service at 12 noon at Kuna Baptist Church, located at 1250 N. Linder Rd, Kuna, Idaho.

In lieu of flowers, Gary’s family is requesting that memorial contributions be made to the Boise Rescue Mission or the Wounded Warrior Project.

To send flowers to the family or plant a tree in memory of Gary Mee, please visit Tribute Store

Share Your Memory of
Gary
Upload Your Memory View All Memories
Be the first to upload a memory!
Share A Memory
Send Flowers