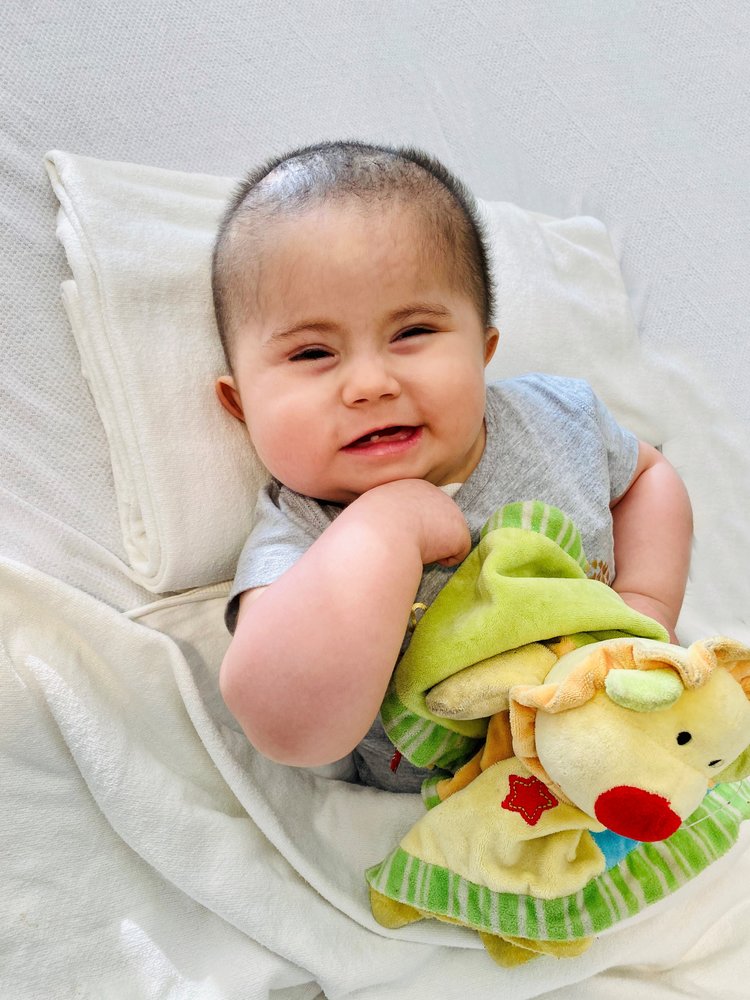 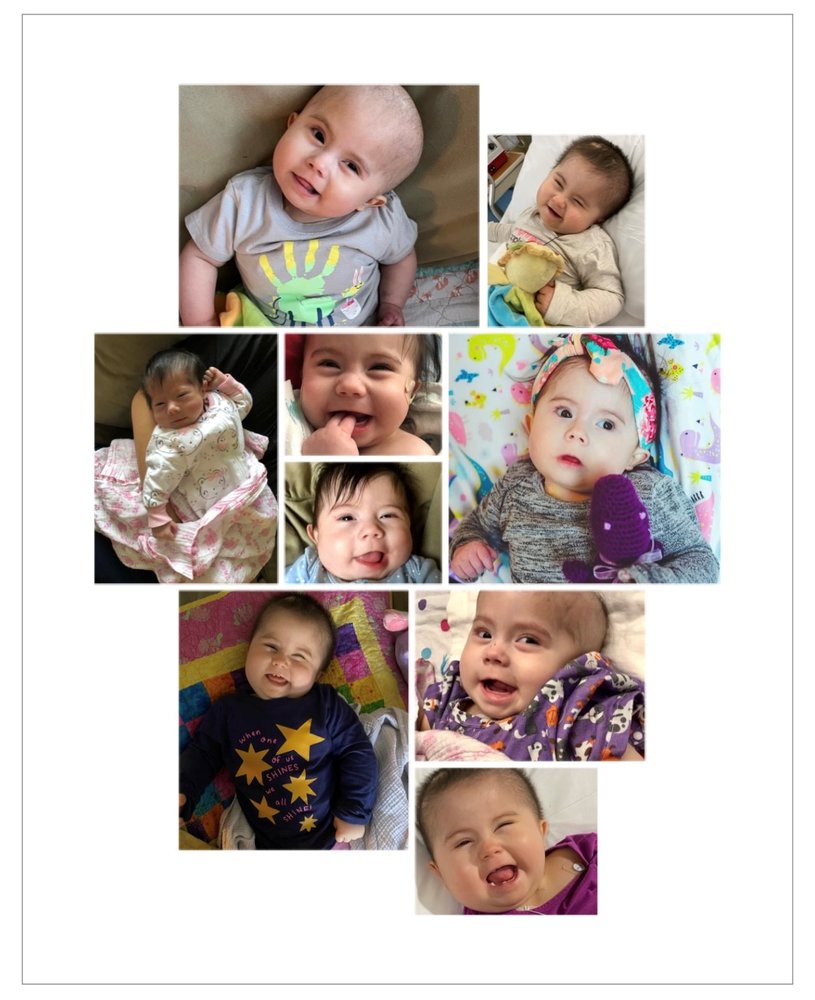 Naomi was born with a syndrome called 22q11.2 distal deletion syndrome. It means that Naomi was missing part of her 22nd chromosome. This deletion is responsible for the mutation that caused Naomi to have a brain tumor. In addition, Naomi saw ten doctors, received multiple therapies, ate through a feeding tube to get all of her nutrition, and was developmentally delayed in every area.

November 20, 2019, when Naomi was almost 9 months old, she was diagnosed with an Atypical Teratoid Rhabdoid Tumor- ATRT. It is an extremely rare and aggressive cancerous tumor found in the brain and/or spine affecting children. Naomi had one ATRT tumor in her brain, pressing on the third ventricle, causing hydrocephalus.

Even though we started treatment right away, the cancer had already metastasized and spread to her spinal fluid. Naomi had intense weeks and months in the children’s hospital receiving multiple chemotherapies.

As soon as Naomi completed 8 months of chemotherapy, her tumor was almost gone, but a new spot near her brain stem was discovered. The oncologists believed it was another tumor. This discovery changed the course of treatment.

Unfortunately, Naomi’s cancer did not respond to the new treatment and the original tumor started growing back very quickly. Since ATRT is so rare and so aggressive, we’ve never had good treatment options. From the beginning we had less than a 20% chance of survival.

Oncologists from all over the United States put their heads together and found one more treatment we could try for Naomi. No one knew how effective it would be, but it was worth a shot. Naomi started radiation treatment at the end of September 2020.

Mid October 2020 Naomi became extremely irritable and inconsolable. Our oncologist ordered a one shot MRI to see if radiation had caused swelling in her brain. The MRI showed minimal swelling, as well as revealed that the tumor was shrinking. Treatment was working! Or so we thought. Naomi was able to complete 28 out of 30 rounds of radiation.

One month later, we noticed Naomi could not move her legs or feel her feet. Our oncologist ordered MRIs of Naomi’s brain and spine. The scans showed tumors in Naomi’s spine and near her cerebellum in her brain. We were out of treatment options and Naomi was given less than two months to live.

Naomi held on through countless seizures for six weeks. Naomi’s suffering ended January 9, 2021 just before 11pm in Mama’s arms. Naomi is in heaven with Jesus now.

Naomi continues to be an inspiration to all who have met her and hear her story. Naomi will be missed by her parents, her twin brother, and her big sister.

Services will be held Tuesday, January 19, 2021 at Meridian Friend's Church. The service will start at 11:30 A.M. at the church and move to Meridian Cemetery at 12:00 P.M. The family invites you to join the service virtually by clicking the link below.

At the service Peter and Jessica ask that you wear a color that reminds you of love, you can also wear yellow or gold in recognition of childhood cancer awareness.

To send flowers to the family or plant a tree in memory of Naomi Nunez, please visit Tribute Store
Tuesday
19
January

Share Your Memory of
Naomi
Upload Your Memory View All Memories
Be the first to upload a memory!
Share A Memory
Send Flowers