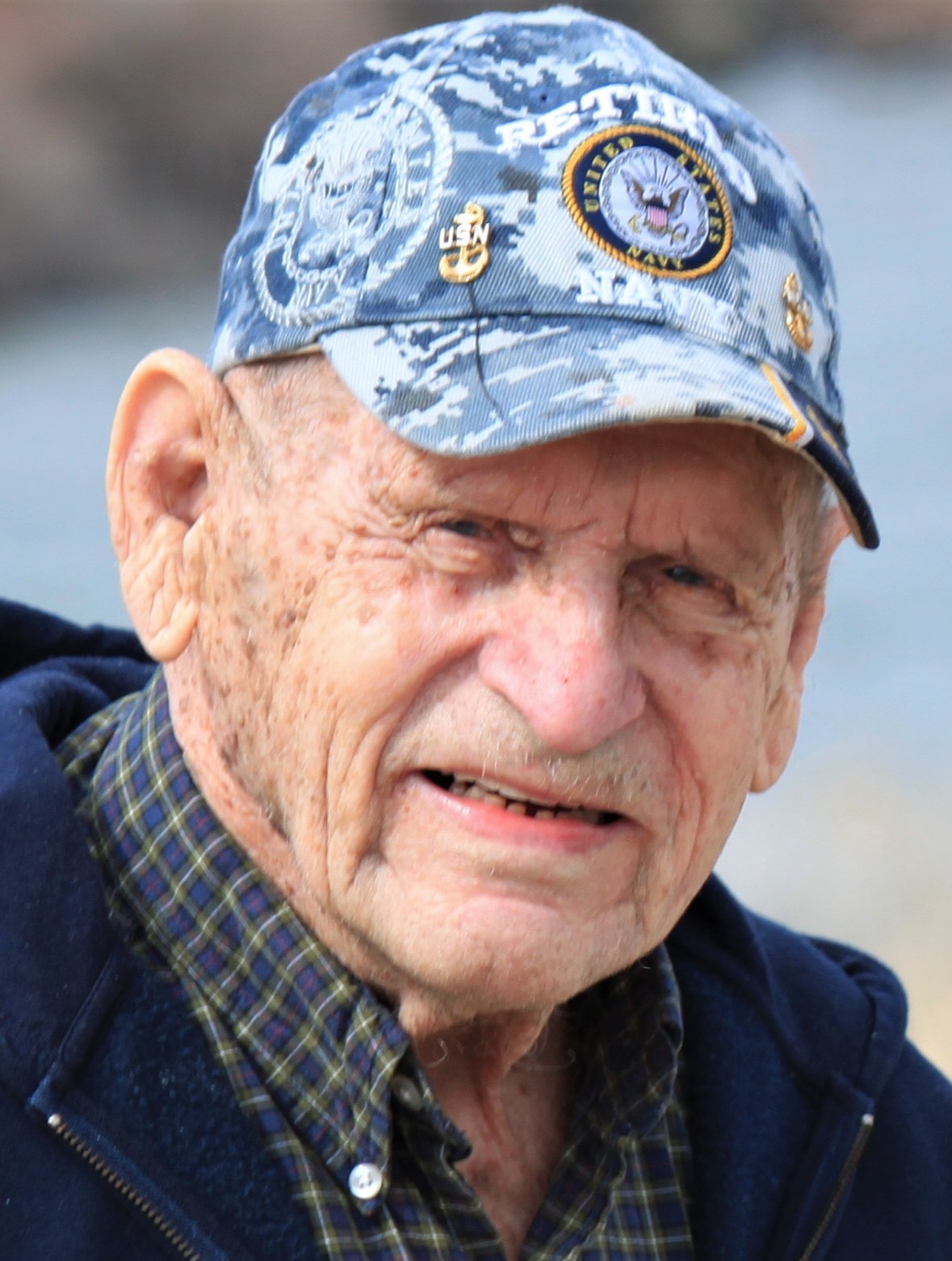 Dad said his first memories of his childhood were of living in Stanton, MN. He and his brother Richard started school in a one room schoolhouse. It was heated by a potbellied stove and had two outhouses; one for the boys and one for the girls. There were some twenty kids in school taught by Miss Magee. He started Sunday school in a small church with the cemetery right across the road.

In the summer time he and Rich spent a lot of time in the old swimming hole with the other kids. That was where he learned to swim after being thrown in to sink or swim. He swam. He and Rich had a dog named Spot and enjoyed running and playing with him. He enjoyed that part of his life – playing in the woods, eating wild grapes, catching tadpoles and fishing. All the farmers helped one another and especially liked threshing time. Whole families would go, men doing the threshing, women doing the cooking and kids doing the playing.

They moved back to St. Paul when Dad was about nine. He said it was the first time they had indoor bathrooms in the house and at school. He enjoyed his elementary school years playing softball, sandlot football, hitchhiking to the nearest lake to swim and skating in flooded parks in the wintertime.

He remembered his first bike. It was secondhand. Learning to ride a two wheeler caused a lot of skinned arms, legs and many bruises but it was well worth it. He enjoyed high school; especially the girls and playing football.

In April of 1944 at the age of sixteen he joined the U.S. Merchant Marines. After boot camp he was assigned to the Liberty ship S.S. Robert M. Lafollette. It joined a large convoy and headed for England. On the way there some ships were torpedoed by German submarines. His ship wasn’t hit during the week long trip. He arrived in England just before VD day. Later on the ship went to France when the port of Cherbourg was taken. There they unloaded equipment and supplies. The latter part of July the ship went back to the states. He went back to school in September 1944. In May of 1945 he joined the U.S. Navy. After boot camp he had orders to a ship (LST Polk County) on the West coast. The ship left for the war area but the war ended and they came back to the states. That ship was decommissioned at Vancouver, WA Shipyard. Later it was towed to the Pacific Reserve Fleet ar a U.S. Naval Station in Tongue Point, Astoria Oregon. Emmett was transferred there and served there until 1949. It was in Astoria when he met his wife Patricia Ann Malinen. He really enjoyed himself while stationed there with many things to explore at the mouth of the Columbia River. The story goes that later, while back on sea duty, he received a letter from Mom asking if he was “ever” going to ask to marry her. Dad was famous for hitting his head going through the ship’s hatches. Perhaps it was one of these mishaps that knocked enough sense in him to say “yes” to Mom’s proposal.

In September he was transferred to the U.S.S. Springfield CL66. In March of 1950 he took a thirty day leave and went back to Astoria and he and Pat were married. They spent their honeymoon on the coast of Oregon; traveling by bus. He received orders to the U.S.S. Cacapon ao-52 (oiler). He home ported in San Diego. Pat came down and they rented their first apartment together. Shortly after that he had to go to a naval hospital to have a cyst removed from his spine. In October of 1950 he was transferred to the U.S.S. Essex CVA 9 (aircraft carrier) home ported in Bremerton, WA. Pat went back to Astoria to stay with her parents. The ship went to Korea in January 1951. He was back in Bremerton in September of that year. His daughter Karen Marie had been born at the naval hospital at Tongue Point August 7th, 1951 so it was a very happy homecoming. In February 1952 the Essex went back to Korea and Pat and Karen stayed in Bremerton. When, in September of 1953, the Essex came back to Bremerton he transferred back to Pacific Reserve Fleet at Tongue Point. While on duty there their son Ronald Brian was born May 20th 1954. In October 1955 he was transferred to the U.S.S. Navarro APA 215 (troop transport) homeported in Long Beach, CA. Pat and the kids moved to live in Long Beach naval housing. Being gone for six to eight months at a time everyone in naval housing took each other under their wings while the husbands were at sea. While there, their second daughter Linda Diane was born April 24th, 1958. In January 1959 he was transferred to the U.S.S. Enhance MSO (minesweeper) and back to sea duty again. In December 1961 he was transferred to the U.S.S. Frontier AD 25 (Destroyer tender). They remained in Long Beach until May of 1962. The ship was then ordered to Pearl Harbor, HI. Pat and the kids went back to Astoria to live. In July Pat came to Hawaii for a great three week vacation.

The family’s life in Boise began in September of 1963 when he was transferred to the Naval Reserve Training Center then located where the Discovery Center is now on Myrtle Street. It was the final three years in the Navy. They bought a home deciding Boise was a good place to live and a great place for their kids to go to school. He retired from the Navy October 17th, 1966 after twenty-one years and six months of service to our country.

After retiring he went to work for the Boise School District as their warehouse manager and Pat went to work at local banks; including Capitol Educators Federal Credit Union.

Early in 1968 Pat was diagnosed with lupus. Year after year she struggled with this incurable condition. In 1981 she lost the use of her kidneys and had to undergo renal dialysis. It was a most difficult time with the disease worsening finally resulting in her death in November of 1984. Thanks to Karen she did get to see her granddaughter Kimberly born before her death. She would have loved Ron’s eventual wife Kathi and her two girls – Whitney and Courtney and Linda’s husband Marty and their children – Erin and Shannon.

His children finished school and went to college and got their degrees. Karen got her B.A. in Business, Ron a B.S. in Pharmacy and Linda a B.A. in Accounting; later passing her test to become a C.P.A.

In 1986 he married Norma. She had previously raised her family – two girls, Rochelle and Nancy, and Greg her son.  Dad and Norma enjoyed their six children and nine grandchildren. In the final year of his life Dad was blessed to meet his only great grandson, when Kimberly gave birth to Connor. Just weeks before his death Dad got to have a window visit at his nursing home to witness Connor walk and laugh in his usual good humor.

Emmett retired in October 1989 at the age of 62 after working for forty-four years; twenty-one years in the Navy and twenty-three years for the school district. Norma retired at 60 and they enjoyed many years of fifth-wheeling around our country with friends and family. Then came a time to sell their toys and their house and more enjoy the later years free from the maintenance of those responsibilities. They made many good friends at Touchmark retirement community.

Later, after Emmett and Norma separated, he was cared for by the staff of Morning Star Assisted Living and eventually Boise Samaritan Village. Unfortunately, Emmett accidentally fell and broke his back in May, 2019. Due to his perseverance, he survived, but was mostly bedridden for the remainder of his life. Dad survived the Great Depression, two wars, the loss of his children’s mother and his dearly loved first wife and was a hardworking, very patriotic family man his entire life.

We will miss him but cherish his memory and the blessing of having a great father.

To send flowers to the family or plant a tree in memory of Emmett Voigt, please visit Tribute Store
Friday
5
March