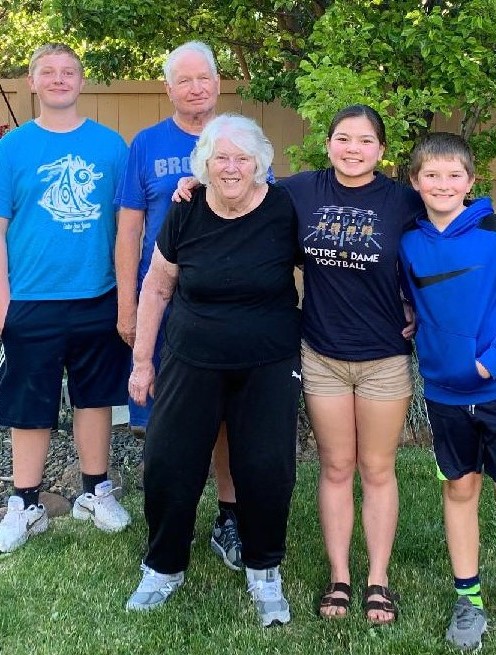 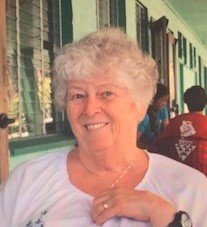 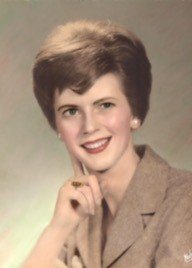 It is with broken hearts we share the news that our beloved wife, mom, and nana, Sandra “Sandi” Lee Barr Magette passed away at St. Luke’s Hospital on Good Friday, April 2, 2021, surrounded in love by her family.

Sandi was born on April 15, 1941, in Albany, Oregon to William Robert and Florence (Garrett) Barr.  She was the youngest of three children and was adored by her two older brothers, Bob and Jim.  After her birth, the family relocated to Seattle, Washington.  Following the sudden death of her father in 1955, Florence and Sandi grew very close.  Florence taught Sandi the importance of hard work and many other important life lessons, including how to reach for the stars.  Losing her father at a young age set in motion her becoming a woman of determination.  She had a brilliant mind and graduated from Cleveland High School in 1959 with high honors.  Sandi then attended and graduated from the University of Washington in 1963, where she had been one of only two women in the accounting program at that time.  After graduating college, she was proud of passing the CPA exam on the first try.  One of her first jobs using her accounting background, which may have been her most interesting one and provided many fun stories over the years, was working at the 1962 Seattle World’s Fair.

Following graduation, she went to work for Bowers Davis and Hoffman in Salem, Oregon.  This is also where she met a handsome fellow CPA named Dennis Magette.  They were married in 1964 and began their life together in Salem.  In 1966, they were blessed when their daughter Cari was born, followed by their daughter Beth in 1968.  The family moved to Peru, New York, in 1968 for Dennis’ job with Georgia Pacific.  Bob and Mike (twin sons) were born there in 1971.  Shortly after that, they decided to move to Boise to be closer to Dennis’ parents.

When the boys began preschool, Sandi returned to work for William A. Olson, CPA.  After Mr. Olson retired, she purchased the business and renamed the CPA firm to Magette and Magette, CPAs.  She owned this firm until she retired in 2003.  Many clients, colleagues, and staff developed a close, personal relationship with Sandi due to her outgoing personality and stayed in touch with her over the years.

Upon retirement, Sandi’s joy was found in her most cherished role of all time:  Nana to Megan, Nick and Kellen.  She made a mean glass of chocolate milk and always had their favorite cookies and snacks on hand.  Most of all, she was their touchstone.  Sandi was game for new adventures, learning new things, and experiencing different cultures when traveling.  Her favorite trip was accompanying her daughter Cari to China in 2000 to adopt Megan.  Residing in Boise for over 49 years, she was a huge Boise State football and basketball fan (unless they were playing UW of course), a Boise Philharmonic supporter, past member of the Boise Sunrise Kiwanis, past member of St. Mark’s Parish, and in recent years a member of Risen Christ Catholic Community.  After Megan enrolled at the University of Notre Dame, Sandi also became a Fighting Irish fan.  In her free time, Sandi enjoyed reading, Sudoku puzzles, sewing, flower gardening, and time spent at the family cabin near Cascade and later in McCall.  The night before she passed, Sandi attended her oldest grandson’s high school band concert and enjoyed a glass of wine before bedtime.  She couldn’t have asked for a better day.

Sandi is survived by her husband, Dennis; daughter, Cari and granddaughter, Megan; daughter, Beth and her stepson, Isiah Schramm; son, Bob; son and daughter-in-law, Mike and Carrie and grandsons, Nick and Kellen.  Other treasured surviving family members are sisters-in-law: Doreen Barr, Connie Magette and her spouse, Marti Arndt, and Sheila Christian; niece, Terri Ackley and her family; nephews: Mark, Rick, and Dan Barr and their families; nephews Brian Frantz, Jake Christian, Adam Christian and their families. Sandi was preceded in death by her parents, her brothers and one niece.

The family would like to thank the caring nursing staff at St. Luke’s for the grace and loving kindness they bestowed on Sandi and our family during her short time in the hospital.

A viewing will be held on Thursday, April 8, 2021 from 4-6 p.m. at Accent Funeral Home in Meridian.  A Funeral Mass will be held on Monday, April 12, 2021 at 11 a.m. at St. Mark’s Catholic Church, 7960 W. Northview St., Boise Idaho with Monsignor Joseph da Silva celebrating.  Masks are required and social distancing will be observed. If you are unable to attend in person mass will be live streamed at http://www.st.marksboise.org.

In lieu of flowers, the family suggests donations to the Dennis and Sandra Magette Family Athletic Endowed Scholarship, 1910 University Drive, Boise, ID 83725 or your favorite charity.

Memories and condolences may be shared with Sandi’s family on her memorial webpage at www.AccentFuneral.com.  Services are under the care of Accent Funeral Home and Cremation, Meridian.

To send flowers to the family or plant a tree in memory of Sandra Magette, please visit Tribute Store
Thursday
8
April

Share Your Memory of
Sandra
Upload Your Memory View All Memories
Be the first to upload a memory!
Share A Memory
Send Flowers