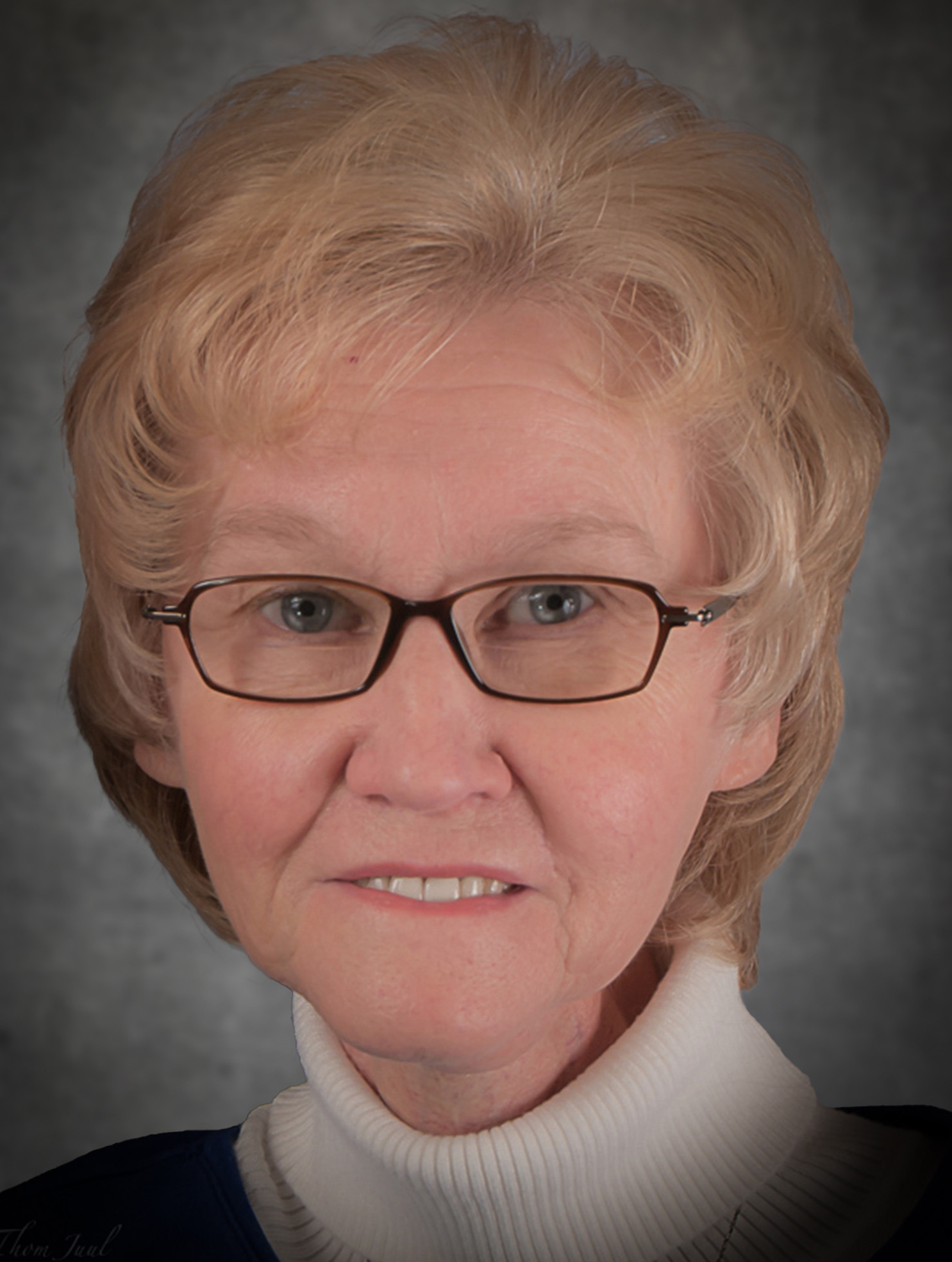 Nellie Faye (Campbell) Juul was born in Montgomery, Alabama July 24, 1947. Faye graduated from Huntington College with a music degree, emphasis on church piano. Faye played piano in church since the age of twelve and was the music and choir director in many different churches throughout her career. She taught piano from her teens until her retirement in 2012.

Faye was raised in the Southern Baptist church, but throughout her adult life, as she traveled the country with her Air Force husband, Harold Hood, and their daughters Lani and Melani, she became active in several different denominations as a pianist and choir director. She often amazed people by being able to announce common hymns in several different denominational hymnals by number from memory.

Faye loved her piano students. She always referred to them as “my kids,” sending many on to become doctors, lawyers, dentists, engineers, and software developers. She was their teacher, mentor, counselor, and friend. She loved them all, and they loved her. Her teaching career did not end with piano. She also taught kindergarten and elementary school special education for many years.

Faye was strong physically, mentally, and spiritually. In 1983 Faye was diagnosed with cancer. The prognosis was that she had a slight possibility of remission, but would never be cured. She was given a fifteen percent chance of surviving two years. Five years later after surgery, radiation, and chemo therapy, she was pronounced cancer free until February 2020.

More than anything, Faye loved her family. She was so proud of them and all of their many accomplishments. She bragged about her kids, grandkids, and great-grand kids whenever the opportunity arose, or when anyone would listen. She was a huge supporter, champion and great source of strength for her daughters.

Faye had a very deep and unwavering love of the Lord. She became an active member of the Meridian United Methodist Church in 1990. She was a member of the church staff as pianist, children’s choir director, and when asked to start a praise service by the Rev. Ralph Lawrence, she assembled a praise team that was the precursor to the current praise team. In 1993 with her husband, Thom, they attended Walk to Emmaus where her already deep faith grew even stronger.

Faye married Thom Juul on September 24, 1988. They enjoyed a deep love that only grew stronger with the passing of time. She believed that faith should be the center pin of their marriage. And it was. They stayed totally devoted to each other for over thirty-two years. Thom often commented that he wished other couples could enjoy the type of marriage they had.

To send flowers to the family or plant a tree in memory of Nellie Juul, please visit Tribute Store
Monday
14
June