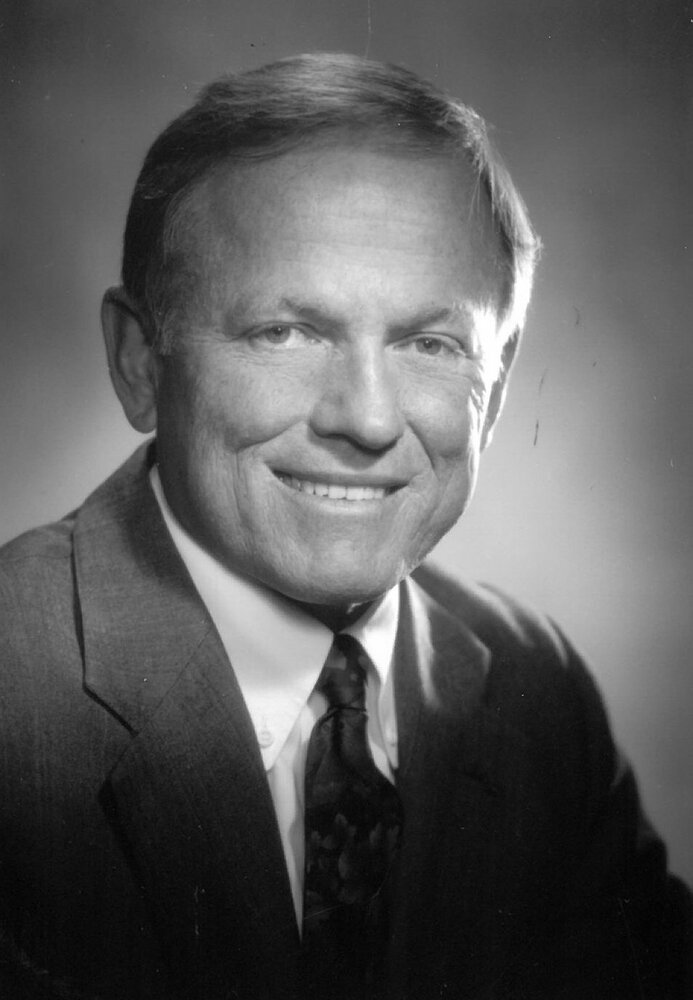 Gerald “Jerry” Lloyd Trebesch, 80, of Boise passed away peacefully at his home after a three-year battle with cancer on Saturday, September 18th, 2021.

Jerry was born January 6, 1941, in Great Falls, Montana to Laurence and Eileen Trebesch.   Early on, Jerry developed a passion for the land and animals. He was active in 4-H, high school rodeo, football, basketball and track, graduating from Dutton High School in 1959. He then attended and graduated from Montana State University with a degree in Agricultural Business where he was a dedicated member of the Sigma Alpha Epsilon fraternity. A more proud and devout Bobcat fan could not be found. Jerry treasured his experiences at the "Harvard of the West”, especially, his introduction to his future wife, Arlene Lee, who hailed from the Fairfield Bench, just miles south of Teton Ridge where Jerry was raised. With that shared foundation, they began their fifty-eight year journey together.

For a man so stoic and efficient with his words, Jerry connected with people and developed cherished friendships wherever he went. His authentic ease around others was second only to his uncanny memory of them. People frequently remarked how Jerry made them feel special by recalling everything about them, including where they went to high school and college (and even their mascots). He and Arlene ventured next to Idaho where he combined his love of people and agriculture into a rewarding career in banking for nearly fifty years.

In 1965, Jerry began his career with Idaho First National Bank in Rigby, Idaho. Successive promotions took the family across the state to Salmon, St. Maries, Soda Springs and finally, Boise. In each of these communities, Jerry engaged in local civic organizations, including the Elks, the Lions Club, and Rotary. At the pinnacle of his career, Jerry was Vice President of Agricultural Lending for Idaho First and West One. He was widely recognized as one of the leading Ag bankers in the country, serving on the boards of the Idaho Bankers Association, American Ag Bankers Association, and the Idaho Soil & Water Commission.

After retirement, Jerry successfully transitioned his career, building a commercial cattle operation spanning four states. Using his father and grandfather’s brands, he fulfilled his longtime interest and passion in cattle.

Above all, family was most important to Jerry. Together, Jerry and Arlene  raised four children:  Shelley, Lance, Larry, and Stephanie. Family life was full of activities, sports, and vacations. Recently, Jerry shared that his family's 2013 trip to Norway and Sweden to celebrate he and Arlene's 50th wedding anniversary was his most memorable (and expensive!) family excursion. Among his many legacies, Jerry imprinted integrity, hard work, humility, and determination on his children and grandchildren. As he got along in years, his cowboy, German stoicism gave way to more gentle (slightly!) expressions of feeling and love with most phone calls and visits ending with "Love you".

We all mourn the peaceful passing of a man who knew and loved so many. We admire and are inspired by Jerry's final three years of life which exemplified his grit and determination with a ferocious comeback. We find peace in knowing that Arlene's 'Montana Cowboy' is finally coming home to rest!

Two remembrances of Jerry’s life will be held. October 8th at Friendship Celebration Lutheran Church at 10:30 am followed by a celebration at Hillcrest Country Club in Boise 12 - 4pm. Graveside services at 11:00 am on October 16th at St Paul's Lutheran Church, Fairfield, Montana, with a party following at the Choteau Country Club 12 - 4pm. Masks are required for both services.

In lieu of flowers, donations may be made in memory of Jerry Trebesch to one of the following: Friendship Celebration Lutheran Church in Meridian, Idaho, the College of Agriculture at Montana State University, or the Teton County 4-H Council.

To send flowers to the family or plant a tree in memory of Gerald Trebesch, please visit Tribute Store
Friday
8
October