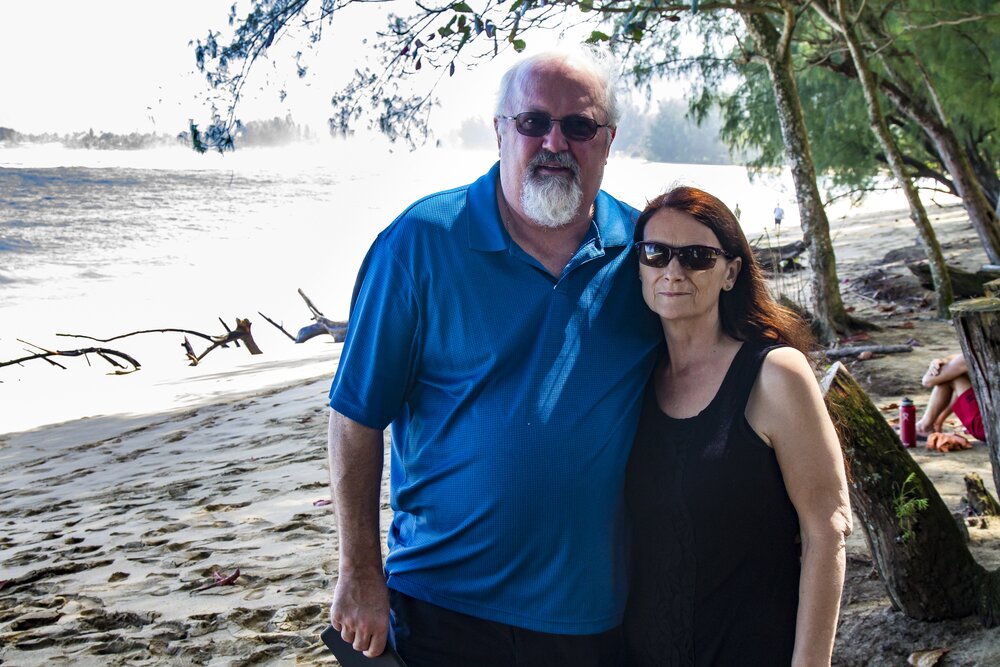 Don was born in Tri-Cities, Washington September 3, 1951.  He is survived by his wife, Cathie, and his three children: Doug, Jacqueline, and Ryan; five stepchildren: Jeff, Gina, Jennifer, Jason, and Jayne; grandchildren: Bryan, Kassie, Alex, Brenda, Esther, Mathia, Zach, Aria, Colt, and Barrett, and Hannah due to be born in February; sister, Barb.  Due to a traumatic childhood, he did not share a lot of details about his early life.  He lived in Washington, Wyoming, Montana, Oregon, and Idaho.  He was raised by a single father with three siblings.  The family moved to Pendleton, Oregon when he was in the ninth grade and attended Harris Junior Academy in both the ninth and tenth grades.  During that time, he worked for a man by the name of Bork making cinches for saddles.  He then attended Gem State Academy in Caldwell, Idaho, for his eleventh and twelfth grades and graduated in 1969.  In 1970, he married Marcia Meyer and lived in Parma working for his in-laws on their hay ranch.  They had two boys: Brian born in 1972 and Doug born in 1974.  When the Meyer family sold the Parma hay ranch and purchased a hay ranch in Indian Valley, Don and his family followed moving into a house on the ranch.  He worked there for 13 years. Due to his experience on the ranch, he became a proficient rancher and farmer.  His skill set included horseback riding and roping calves, a skill he would later demonstrate on his grandchildren.  Unfortunately, his oldest son, Brian, was killed in a ranch accident when he was five years old in 1977.  This had a major impact on Don’s outlook in life saying “nothing in life could hurt me more.”  He lived for a short time in LaGrande, Oregon, but then moved to Idaho in 1985, where he drove cattle truck.  He was divorced during that time.

Don met Cathie in high school and what had been a long-term friendship turned into the love of his life.  In June of 1990, they were blessed with a beautiful baby girl, Jacqueline.  Three years later, they were blessed with a baby boy, Ryan.  He started ITT in the Electronics Program in fall of 1985 and completed an Associate in Electronics in 1987.  After graduating, he worked for IVI wiring potato and onion control panels.  He worked there for 9-1/2 years until they downsized.  He worked for Jabil Circuit as a technician for 3-1/2 years when they moved the jobs out of the country.  It was at that time, Don and Cathie started attending BSU.  He graduated with his Associates in Computer Aided Drafting and a Bachelor of Applied Science in 2003.  He worked for Amcor as a drafter but was later offered a job at Micron as an electronic technician in 2005 where he worked until retiring in October of 2018.  Since retirement, he worked on projects and remodeling his home.  There was never a project Don couldn’t do.  If unsure, he would research how to do the project.  Don and Cathie spent 36 years of their life together.  As a blended family, they had 8 children and 10 grandchildren with another granddaughter expected in February.  Don was a faithful husband, loving father, and grandfather/Papa.  He was known for his gentle spirit and sense of humor.  Don always said, “I live to make Cathie laugh.”  He was an inspiration in breaking the cycle of abandonment and abuse that he endured during his childhood. Don and Cathie spent their lives together first raising their kids, and then enjoying their grandchildren. Despite Don saying he wanted to get a t-shirt that said “Please Someone Tell my Wife I’m Retired” he enjoyed making their projects and ideas, come to life. Aside from home projects, Don enjoyed good whiskey, bonfires, camping, and anything that allowed him to spend time with the woman he loved. He was a loving father, and an even better Papa/Grandpa. He will be sorely missed by all that loved him. But, his family and friends take joy in the fact that this isn’t goodbye, but simply a “see you later.”

To send flowers to the family or plant a tree in memory of Donald Wick, please visit Tribute Store
Wednesday
6
October