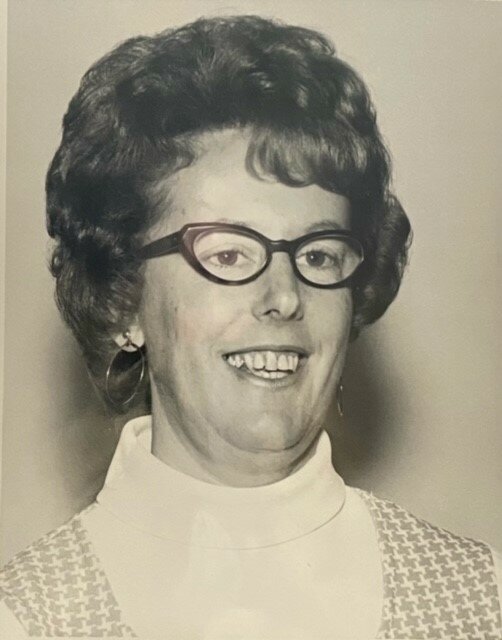 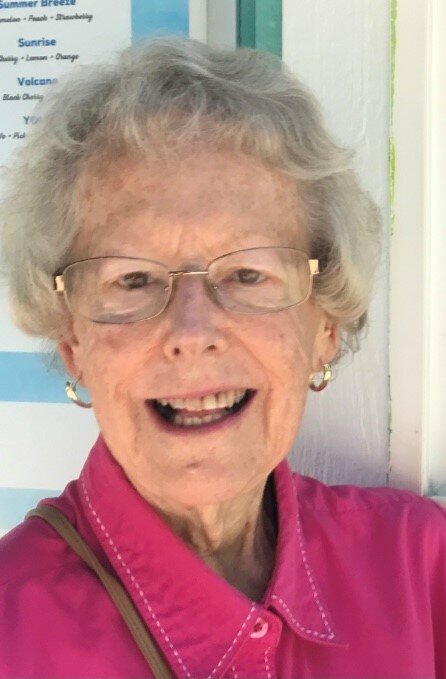 Judith “Judy” Ann Larson passed away October 6, 2021 in Boise, Idaho just two months and one day after her sweet husband.  She was 84.

Judy’s family moved to Boise and Judy spent her childhood in the North End of Boise, attending North Jr. High and graduating from Boise High School in 1955.

Judy met the love of her life, Bob Larson, in the North End.  Judy would walk up and down the alley behind her house in hopes that Bob would be washing or working on his car at his friend’s house.  She would often strike up conversations with him until one day he showed up at her house to ask her out on a date.

Bob and Judy purchased their forever home on Woody Dr. upon their return to Boise. In this home they raised their daughter, Anne-Marie, who was born in 1968.

Judy’s career continued with the Bureau of Reclamation and in 1988 she became Administrative Assistant to the Regional Director.  Judy made many lifelong friends at the Bureau. She was well known and respected for her support and willingness to go the extra mile. She retired in 1994.

Judy was a natural organizer and made sure every “i” was dotted and “t” was crossed, especially in her impeccably beautiful cursive handwriting.

She used these organization skills in many ways:  helping to plan many of her high school class reunions; coordinating the Boise High Lunch Bunch monthly lunch gatherings; and as secretary for many years for the Boise US Employees Federal Credit Union Board of Directors and for the Boise Elkettes.

As a breast cancer survivor, Judy also gave of her time by sharing valuable experience and resources with Treasure Valley women dealing with breast cancer.  In 1994, Judy was awarded the Points of Light award by the federal government for her community volunteer efforts with the American Cancer Society “Reach to Recovery” program.  For 13 years, Judy coordinated the program in Boise.  The American Cancer Society also awarded Judy with the prestigious “Quality of Life Award” for being the top Idaho volunteer of the year in 1992.

Judy enjoyed spending time with family and friends very much.  She kept her calendar full of birthday and special occasion reminders, lunch appointments and other outings with friends. She also enjoyed her involvement with the Elkettes and was named Lady Elk of Year in 2005.

In addition to her perfect handwriting, she was known for her DELICIOUS popcorn and cowboy cake!  Judy was also very patriotic- red, white and blue were her colors.

She was a wonderful example of a loving, kind, generous, and devoted wife, mom, aunt, grandma, great grandma, coworker, neighbor and friend.

Judy was preceded in death by her parents, Judson and Arline; stepfather, Jim; brother, Lucien “Buck”; and her husband, Bob.

The family is hosting an open house Celebration of Life in Judy’s honor on Saturday, October 30 from 2:00 – 4:00pm at the Boise Elks Lodge, 6608 W. Fairview Ave.  Please join in sharing happy memories of Judy.

Memorial contributions can be made in Judy’s name to the Boise Elks Lodge No. 310, General Programs, 6608 W. Fairview Ave, Boise, Idaho and the Boys and Girls Club of Nampa, 316 Stampede Dr, Nampa, ID 83687.

Interment will be at the Idaho State Veteran’s Cemetery.

Remembrances may be left for Judy's family on her webpage at www.AccentFuneral.com.  Arrangements are under the direction of Accent Funeral Home and Cremation.

To send flowers to the family or plant a tree in memory of Judith Larson, please visit Tribute Store
Saturday
30
October