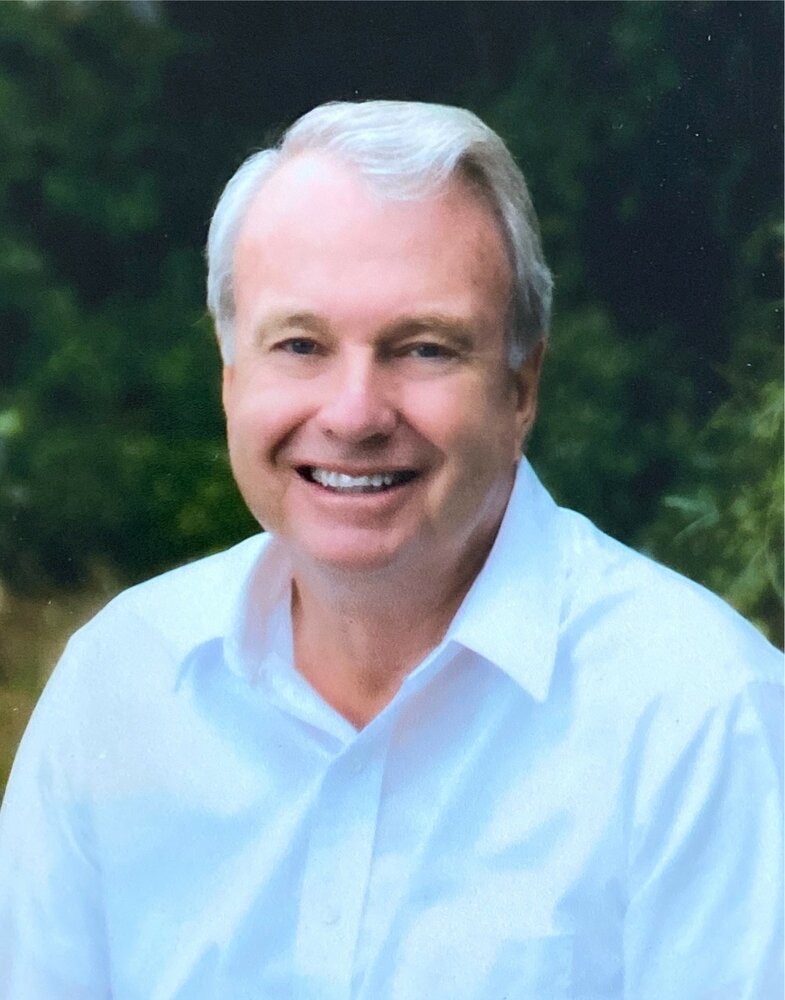 Lary Oliver Brown was born on October 4, 1939, in Los Angeles, California, to his beloved parents, Ralph and Ruthie Brown.  There was never a time in Lary’s life that he didn’t speak but of his utmost love and appreciation to his parents.   To Lary, they were the epitome of what parents should be.  When Lary was born, he had small arms and a ginormous head.  So big in fact, the doctors at that time thought he was a ‘dwarf’.  Ruthie would not hear of this and took it upon herself to feed him “a head of lettuce” a day, measure him weekly, and she was right, he grew to be 6’4”.  Although his children and grandchildren all tried their best to dethrone him of the title, “tallest in the family”, it never happened.  He maintained his throne.

Lary lived in Los Angeles during his growing up years.  He was blessed to spend his summers in his mom’s family vacation home on Balboa Island.  Lary loved his summers there.  His memories spent with Biff and Carol, his cousins, never tarnished over the years.

Lary was a great golfer and had a great love for the game.  In college, Lary played golf for the University of Southern California.  Throughout his life, he would be an avid USC fan and alumni.  His love for USC would be embraced by his children and grandchildren as well.   He played in countless tournaments over the years.  His most prestigious victory was winning the Southern California Amateur, where he shot six under par on the final day to win.  He partnered up in many tournaments over the years with his family, which created a legacy of great memories.  In addition to golf, Lary excelled in many other sports to include basketball, tennis, and softball.  Lary also served in the US Army.  In the Army Lary was assigned to work as a golf instructor.

Lary’s dad, Ralph, passed away at an early age.  This was a big challenge for Lary.  After that time, he changed courses a bit and moved to Bakersfield, California to co-own and operate a restaurant, Love’s Deep Pit BBQ.  Now, although that restaurant ultimately didn’t work out, what did work out was meeting the love of his life, and eternal companion, Beverly.  Lary went into the bank where she worked, met her and left the bank that day saying he was going to marry her.

Bev was a member of The Church of Jesus Christ of Latter Day Saints and later explained to Lary, she wouldn’t marry anyone that wasn’t a member of her church.  That was a quick and easy decision for Lary.  He immediately changed his lifestyle and was baptized.  He continued to live a life following the church’s teachings, never looking back.  Lary served faithfully on countless assignments in the church.  Service in the church would be among the many things that defined his life.  Among those assignments, Lary and Bev served as full-time missionaries in the Virginia, Richmond Mission.

Lary and Bev called Bakersfield their home for many years.  They raised four of their children there.  Lary had a gift of generosity.  Not only did he house and provide for his family, but he also took in countless others who were in need of a place to live.  Lary’s home was open to any stranger or family member to live for as long as they wanted or needed.

In 1993 work took Lary and Bev to Visalia, California.   Although heartbroken to leave his many dear friends and loved ones in Bakersfield, Lary enjoyed his time in Visalia and all the many friends he became very close to there.  Lary’s final move would be to Meridian, Idaho to be close to three of their children.

Lary passed peacefully on October 29, 2021 with Bev by his side.

Lary’s family and friends will remember him by his dry sense of humor.  The harder time he gave you, the more he adored you.  His wife felt it her lot in life to always apologize for him and say that he really didn’t mean it and she was right.  He didn’t mean it; it was his unique way of showing love.  Lary had a brilliant mind and a very quick wit.  Even in his final years he could do mathematic problems as if he were a human calculator.  Lary could remember anything.  One of his abilities that amazed his children was to remember the complex highway system of Southern California.  Lary could tell you 15 different ways to get to a spot in SoCal.  Another thing Lary will be remembered for is the spelling of his name.  Lary with one r.  A unique personality like his merited a unique spelling.

Lary loved his church service.  Lary, with his organizational skills, was able to help the church and its members in many leadership roles.  Lary was able to see things very pragmatically, he therefore was able to help many people with counsel and advice.  Many came to him seeking guidance.  With his sound mind and ability to see the whole picture, he was always able to help those in need.

Lary loved his family, even if his way of showing it was different than one would expect.  His children always counted on him to be early when picking them up from the airport or other places.  He was punctual to a fault, but his family came to rely on that and take comfort in it.  He was fiercely loyal to his family.  He defended them and protected them with every ounce he had.

Lary’s life cannot be recounted without talking about his love for food.  Lary was a foodie, always looking forward to the next place to go and eat.  Mexican food was always the favorite and he had a gift to find the nastiest hole in the wall that served the most amazing food.  His favorite food of all though was Bev’s cooking and he was so proud of the cook she was.

Lary is preceded in death by his dad, Ralph, mom, Ruthie, daughter, Paige, and sister-in-law, Barbie.  He is survived by his wife, Bev, his sons, Blake (Lisa), Rhett (Julie), Bart (Nicole), and daughter Liz (Ben).  He is also survived by his cousins, Biff (Pam) and Carol (Terry), his niece Vicki and nephew, Mike (Nick).  He had 17 grandchildren and 11 great grandchildren, with two more on the way and many more to come, we are sure.

The family would like to thank St. Luke’s ICU in Nampa for their extraordinary care and love for Lary in his final days.  You all truly are the heroes.  The family would also like to thank their angel in Meridian, Kristie.  Kristie has been a source of strength, love, and friendship throughout Lary’s time in Meridian and would have been lost without her.

The family takes great comfort in knowing Lary is on the other side with many loved ones, engaged in the great work of our Lord.  As a true USC alum, we know he would want us to say that he now continues living its mantra of, Fight On!

To send flowers to the family or plant a tree in memory of Lary Brown, please visit Tribute Store
Thursday
4
November