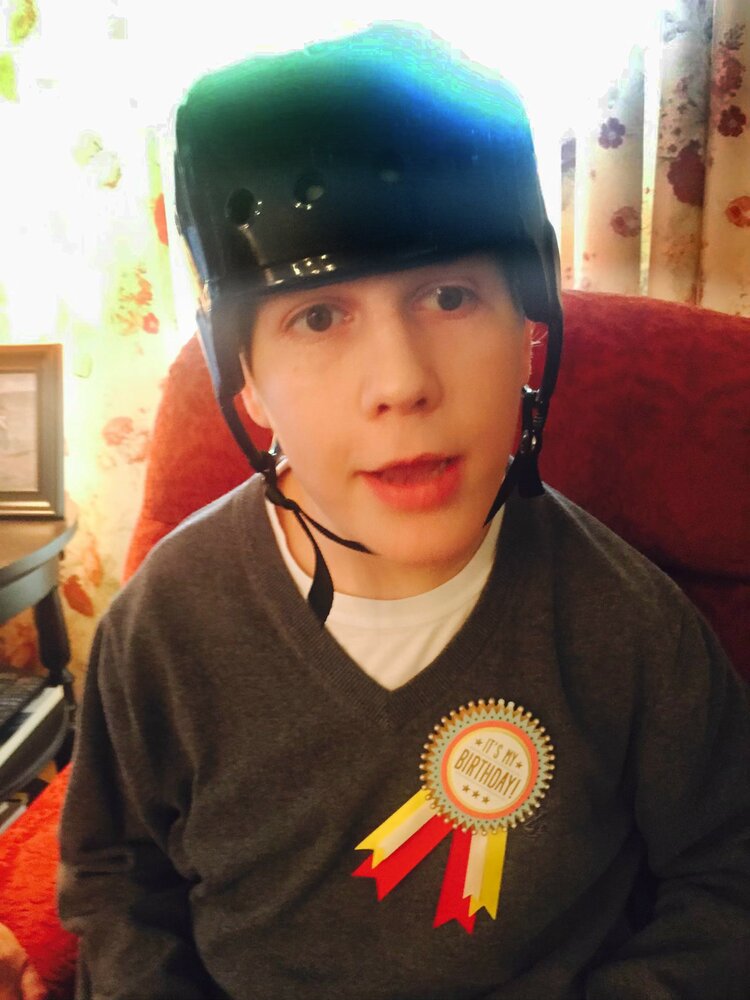 Jack was born September 21, 1994, in Bellevue, Washington to Matt and Jackie Gerosin.  Early in Jack’s childhood the family returned home to Meridian, Idaho.  There, in 2000 Jack gained another loving parent, a woman who became part of the team devoted to caring for Jack.  Mimi Gerosin stepped into Jack’s life and never looked back.  His family arranged their lives to include their son in every possible activity.  Because of his dedicated family, Jack knew love beyond measure.  He also knew how to love, how to reach out and touch people in unforgettable ways.

In worldly terms, Jack was developmentally disabled but he was so much more than a term or label, continuing to surpass milestones that no on expected.  He was a bright spirit who attended school at River Valley Elementary, Lowell Scott Middle School and Centennial High School.  Jack learned and adapted at each stage.  His teachers fell in love with his big grin and loving personality.

Jack lived in a group home called Independent Living Services for developmentally disabled young adults.  This was truly his home where he was beautifully and compassionately cared for. In the 21 years Jack spent in the home, he met and made friends with many bright, caring people.  Each one of these individuals positively impacted his life, making it rich and full.  In turn, Jack provided them with a loving heart and sassy sense of humor.

Jack cared less for toys and material things and more for people.  He had the ability to draw people in with his infectious laugh, excitement about simple things, and of course his hugs.  His greatest joy was interacting with people, singing and jumping, laughing, and clapping.  He loved to swim with his family, splashing for hours in the pool.  He loved music and enjoyed singing happy birthday and Christmas songs.

Jack is survived by his parents; Matt Gerosin and Jackie Gerosin, his stepmother Mimi Gerosin, his sister Katie Gerosin-Shaffer and her husband Matt Shaffer, and their sons Caleb and Elliot.

Jack was a life taken way too soon.  The family would like to thank and acknowledge all the caregivers involved in his heroic fight, especially the medical ICU teams at the Meridian and Boise St Luke’s Hospitals.  They are a remarkable group of people, gifted not only as medical professionals, but genuine examples of how we all should care for each other.

Arrangements are under the direction of Accent Funeral Home in Meridian.  We will hold a celebration of Jack’s life at the Kleiner Park Event Center in Meridian on Monday, December 13, at 6pm.  In keeping with Jack’s spirit, attire is casual.

In lieu of flowers, the family would love it if you honored Jack by donating to The Independent Living Services home, affectionately known as “Jack’s House” at 10332 Fairview Ave. #103, Boise, ID 83704.

To send flowers to the family or plant a tree in memory of John Gerosin, please visit Tribute Store
Monday
13
December