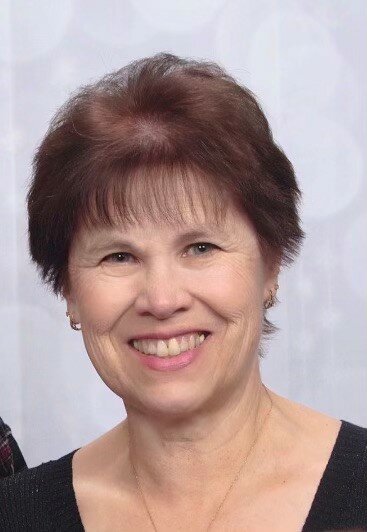 Maureen Nelson Welsh passed on Saturday, December 11, 2021 outside of Unity, Oregon in a single car accident on Highway 26.

Maureen Nelson Welsh was born December 13, 1951 in Tremonton, Utah to loving parents Clinton and Remilda Nelson. She was named for actress Maureen O’Hara, one of her father’s favorite actresses in his much-loved Country-Western movies. As a child, she had a form of rheumatic fever that required her to be quarantined in the hospital for months and affected her coordination. To improve her coordination, she was given an accordion and soon grew to love playing the instrument alongside her siblings.

She graduated in 1970 from Grantsville High School in Grantsville, Utah. After high school, she went to work for Philip & Company, a wholesale jeweler, which was one of her favorite jobs. Maureen loved jewelry and all things that sparkled, and she often joked that she spent her paychecks at work. After a few years of working in the jewelry industry, she moved to Kuna, Idaho where she took a position with Idaho State Bank and worked for more than fifteen years.

Maureen met her husband and one true love, Roger, in the summer of 1985. They were married three months later on November 30th in a small ceremony at Kuna Community Hall. Having always longed to be a mother, she could not wait for the day when she welcomed her first daughter into her arms. Despite always wanting a large family, she never regretted stopping at three daughters. She loved her girls more than life.

She taught her daughters to be kind, compassionate, strong, and loving. She instilled in them a sense of modesty, politeness, gratitude, and that beauty comes from within. She showed them how a mother’s love is unconditional, strong, unending, and generous. She opened her heart and home to many of her daughters’ friends, and gained a fourth daughter, Agie, through the foreign exchange program.

She was the perfect girl-mom. Dress up, baby dolls, Barbies, and “House” were the most frequently played games in her home, and she always made sure her girls had everything they needed for those games; including sewing doll outfits and blankets from scratch. She was unendingly talented and crafty. There was not a crochet pattern she could not duplicate. Her talents were beautiful in all she did with scrapbooking, sewing, painting, knitting, and so much more. She filled her family’s and friends’ homes with many of her homemade treasures.

Maureen was a giver. And that was never more evident than in the way she loved her husband, daughters, and grandchildren. She gave all of herself to her family. She attended every sports game, gymnastics meet, dance competition, and awards ceremony for her daughters. She was present for the births of many of her grandchildren and often stayed with her daughters to help out after a new baby was born. She babysat her grandchildren at every need and opportunity and always lit up with joy when they would FaceTime her to talk. Family was everything to Maureen and nothing brought her more joy than her own.

Maureen was preceded in death by her husband, Roger Welsh; her parents, Clinton & Remilda Nelson; and her father and mother-in-law, Wesley & Dolly Welsh.

Funeral service for Maureen will be held at 4:00pm on Saturday, January 15, 2022 at The Church of Jesus Christ of Latter-day Saints, 3305 W Kuna Rd in Kuna. There will be a Memorial with buffet for Maureen following the service.

To send flowers to the family or plant a tree in memory of Maureen Welsh, please visit Tribute Store
Saturday
15
January