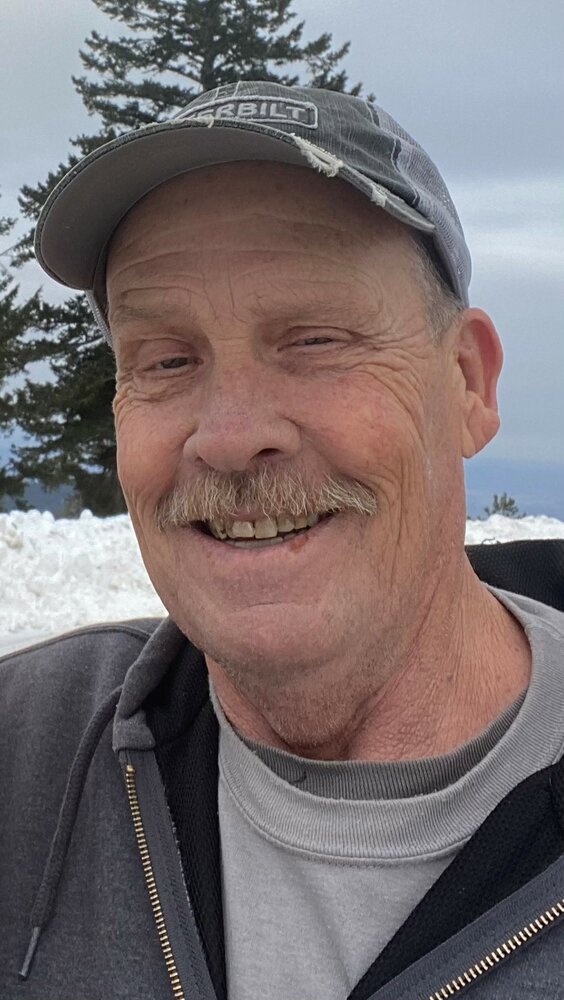 Lowell Forrest Klock was born on Aug 11, 1961 to Frank and Elaine Klock. He was beloved by his older sister Becky Sales and younger brother Loren Klock.  He was raised in Southern California but later moved to Texas, Arizona, and Georgia, before settling in his forever home in Kuna Idaho.

Lowell was a beloved husband to Andrea Klock. He was a father to daughters Jennie Klock, Jessica Klock, Jamie Wofford, and step-son Nick Mabie. He was Papa to seven grandchildren Justice, Jaylon, Jamiayah, Javayah, Journey, Caden, and Luna who he loved dearly.

Lowell started his career at a young age as a construction worker where he helped work on many major structures in California such as the Staples center. He later spent many years driving across the country as a long-haul trucker. Where he felt he served the community by supplying them with food and supplies. He loved seeing new places and traveling all over the country with his dog Lola.

He had a passionate love for motorcycles and was blessed to have worked in the buying, selling, and restoration of old bikes during his lifetime. He enjoyed traveling around the country to buy and sell numerous antique motorcycles and display them in motorcycle shows. This was also an avenue to him being on the open road.

Lowell was an avid dog lover who rescued multiple dogs, giving them a second chance at life.

Lowell was a special member of the AA community where he made many friendships and had a positive influence in the community with his example of 30 years of sobriety. AA held a very big place in his heart.

Lowell was a kind and generous person who was always willing to lend a hand to anyone. He could never go somewhere that he didn’t meet someone new. He was known and loved by his local restaurant staff. He was a bigger than life person that will always remain in our hearts and will be missed greatly.

God grant the serenity to accept the change, the courage to change the things that I can, and the wisdom to know the difference.

To send flowers to the family or plant a tree in memory of Lowell Klock, please visit Tribute Store
Tuesday
21
December