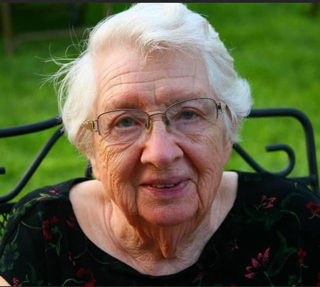 Mom was born on February 21, 1929 to Bill Chipman and Helen Hartman Chipman in Meridian. Helen died when Mom was two years old. She was raised by her father and both sets of grandparents. Her father married Blanche Snodgrass in 1942, giving mom two brothers and a sister, Dwight, Keith, and Adrienne.

Mom graduated from Meridian High School in 1947. She went to work for the Bureau of Reclamation in Boise and lived in the North End, as she once said, “before it was fashionable.”

After World War II, she met the love of her life, John Joseph Gale. They were married September 5, 1948. For the next 32 years they operated a small dairy on her grandfather Lant’s farm where she was born. They had four children, Joseph Lant (died at birth), Steve, Bill, and Kate. Lant generously gifted the farm to John and Norma as a wedding gift; his only condition being they wouldn’t ask him to do any repairs or pay for anything.

In addition to cooking three meals a day for her family (and anyone else on the farm at mealtimes), helping John run the dairy, gardening, canning, and raising three kids, Mom took care of Grandpa Lant in his final years.

In 1980 they sold the cows which allowed them to spend more time with their grandchildren, as well as traveling to Canada, Hawaii, Death Valley, and camping throughout Idaho. Mom also took up horseback riding with Dad in her 50’s. Mom remained dedicated to the local farming community during this time and gave many years of service to the Idaho State Grange.

Norma was a member of the Meridian United Methodist Church. She was very active in the church, serving on committees, working the bazaar, and organizing funeral dinners. Mom devotedly attended Bible Study well into her 90’s.

In 1999, Mom sold the farm and moved into the La Playa community in Meridian, where she would spend the last decades of her life. She was surrounded by loving friends and neighbors. She was very active in La Playa social events and card parties.

Mom was a member of P.E.O. (50+ years), Daughters of the American Revolution, the Cultural Improvement Society, and as Pastor John coined, the La Playa “Mafia.”  Mom was well-known for her generosity of spirit and dedication to family, friends, and charitable causes serving those most in need.

Norma was preceded in death by her husband, John; parents, Bill and Helen Chipman; grandparents, Lant and Ina Hartman, and Will and Anna Chipman; her stepbrothers and stepsister; and her first son, Joseph.

Charitable donations can be made in her name to the Meridian United Methodist Church at www.meridianumc.com, the Idaho Foodbank at 3630 E. Commercial Ct., Meridian, www.idahofoodbank.org, or a charity of your choice.


To send flowers to the family or plant a tree in memory of Norma Gale, please visit Tribute Store