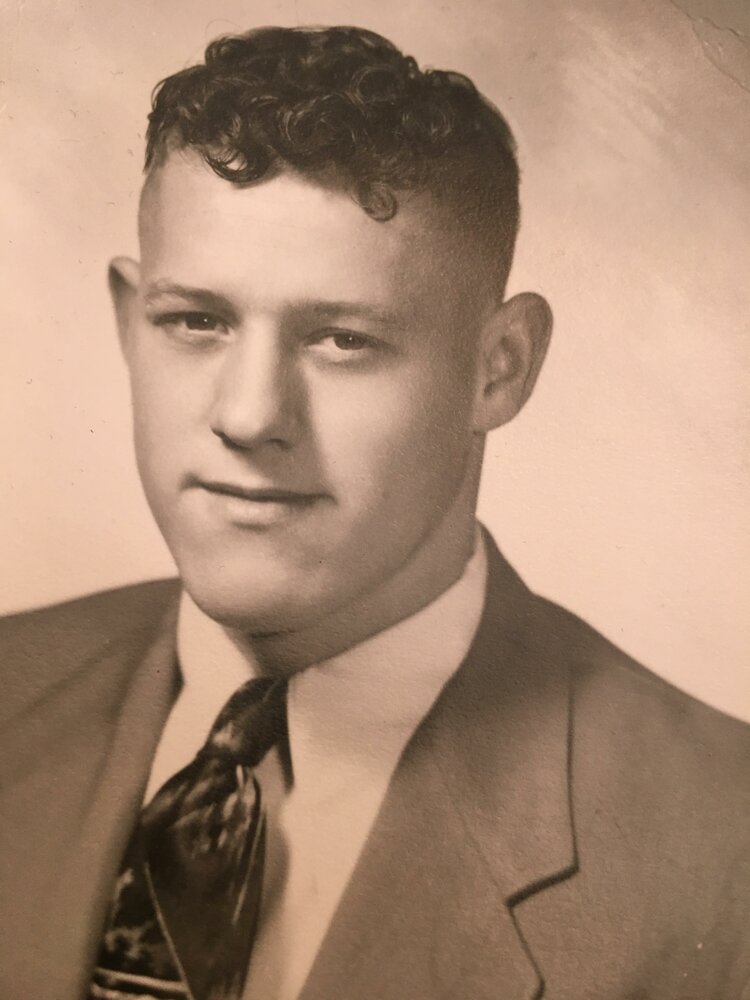 Duane was born in Murdo, South Dakota to Earl, “Shorty”, and Ruth Rada. Duane was the 2nd of six children. He married his childhood sweetheart and love of his life, Beverly, April 16th, 1958, in Southern California.

Until Duane joined the Marines in 1956, he roamed the plains, hills, and badlands, of South Dakota. While a Marine, he traveled to Okinawa, and South Korea, and Japan, among other locations in Southeast Asia.

Duane, and Beverly lived in Southern California where they eventually began a family. When Duane finished his time in the Marines, he began working for the Aerospace Industry, and was part of the US space race.

In 1974 Duane moved his family to Idaho. While living in Idaho, one of his many jobs was with Hewlett-Packard. In his capacity as a lab technician, Duane worked with Physicists, Engineers, and other technicians. Duane was proud of the work that he did at HP, and eventually retired from HP.

Duane’s Faith was important to him. It was exercised while working as a colporteur. Duane’s faith was integral in his relationships. Duane was a founding member of a small SDA Church, in Kuna, Idaho. He served in many capacities, Deacon, prayer warrior, and youth leader.

Duane was considerate of others, and had a heart of God. This was demonstrated, over, and over, throughout the course of his life. Lots of children called him, “Dad”, and “Grandpa”. He housed mentally challenged clients, providing care for them. Providing end of life care for Earl, “Shorty”, Rada, Fostering grandchildren, Housing grandchildren, and great grandchildren. Bringing in several homeless, so they would have a place to call home.

Duane is loved lots and will be greatly missed.

To send flowers to the family or plant a tree in memory of John Rada, please visit Tribute Store
Wednesday
19
January