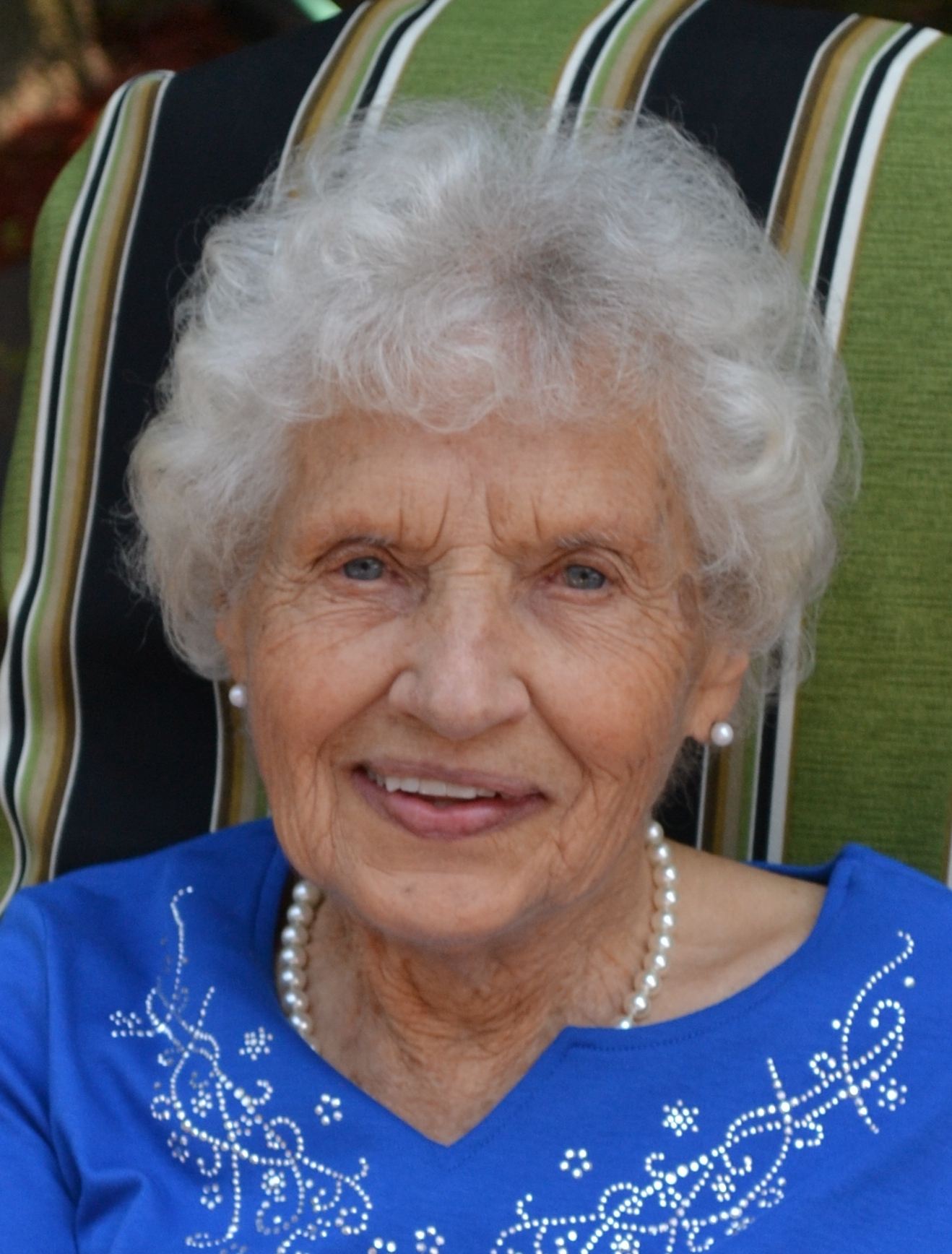 Virginia was born on September 18, 1924 in Cascade, Idaho. The daughter of James H. and Anna Leonice (Dickinson) Kennedy. She was the youngest of eight children.

She was raised in Cascade, and attended school there through the third grade. Then the family moved to Meridian where she finished school. She graduated from Meridian High School in 1942. After high school she went to work at a department store in downtown Boise, until she got married.

While in high school she met a boy named Wayne (Pete) Grosso from Nampa. He attended Nampa High School. They started dating and on April 10, 1943 they married at the home of Reverend Luscombe in Boise. They shared their lives together for over 53 years.

The first 26 years of married life they lived and worked on the Grosso farm 3 miles west of Meridian. Virginia worked at the Roosevelt Grade School for several years as well. It was only ¼ mile from the farm. She was active in the P.T.A. as well as serving as the secretary for several years. In 1969 the farm was sold and they bought a home in Meridian. Virginia went to work for the Meridian School District. She started as a cook in the schools for several years, then worked in the administration office as a buyer before retiring. She worked 25 years for the school district and really enjoyed her years there. One highlight of her time there was a trip to Hawaii for a convention. Dad was able to accompany her there and they both enjoyed it.

Virginia loved the time spent with her family and friends. Mom and Dad spent several years being part of a bowling league. Hosting many family reunions as well as pinochle and pitch parties. They enjoyed camping and fishing as well as having family together for holidays and birthdays.

Mom was blessed the last few years with many trips. She went to 33 states in the Continental U. S., plus Hawaii and Alaska. She also was able to go to the Virgin Islands, Mexico, San Juan Islands, Canada and the Panama Canal.

Virginia is survived by her 2 daughters, Karen Howard, Sheila Thomson and son-in-law Bruce Thomson; 5 grandchildren: Sherry, Shelle, Shayne, Shannon and Stefenee, 4 step grandchildren; and many great-grandchildren. Her sister Margorie Ross in Van Buren, Arkansas, and many nieces and nephews. Virginia was preceded in death by her husband, Wayne (Pete), son Gary, and grandson Joseph, her parents, 3 brothers and 3 sisters. Your loving memory will be in our hearts.

To send flowers to the family or plant a tree in memory of Virginia Grosso, please visit Tribute Store
Wednesday
22
June