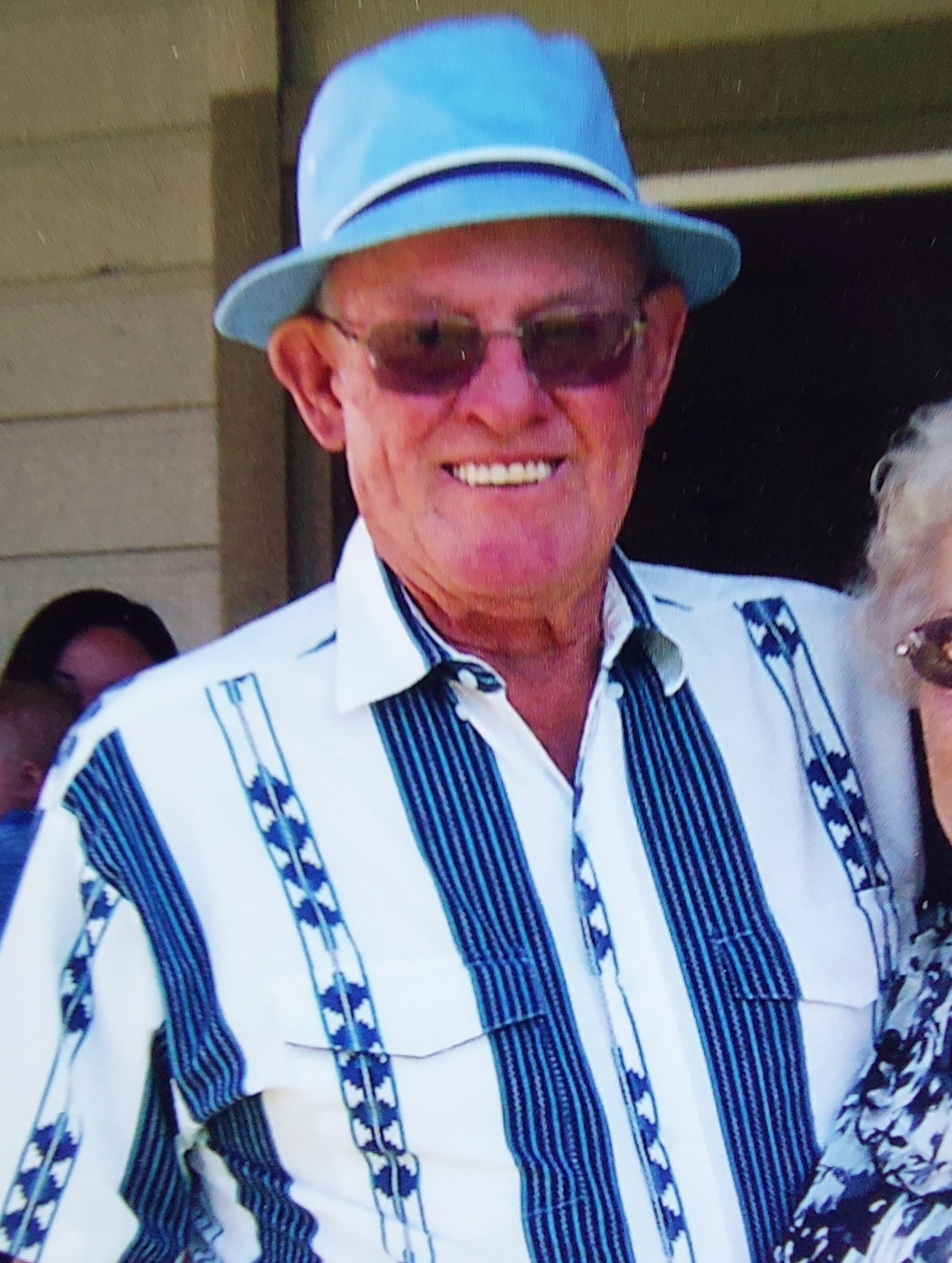 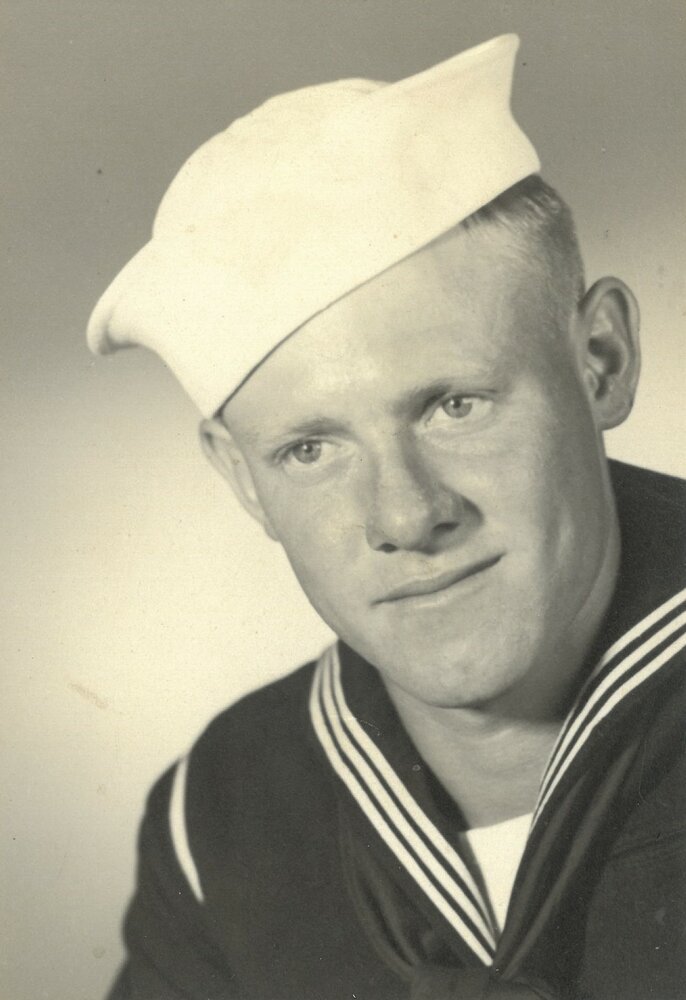 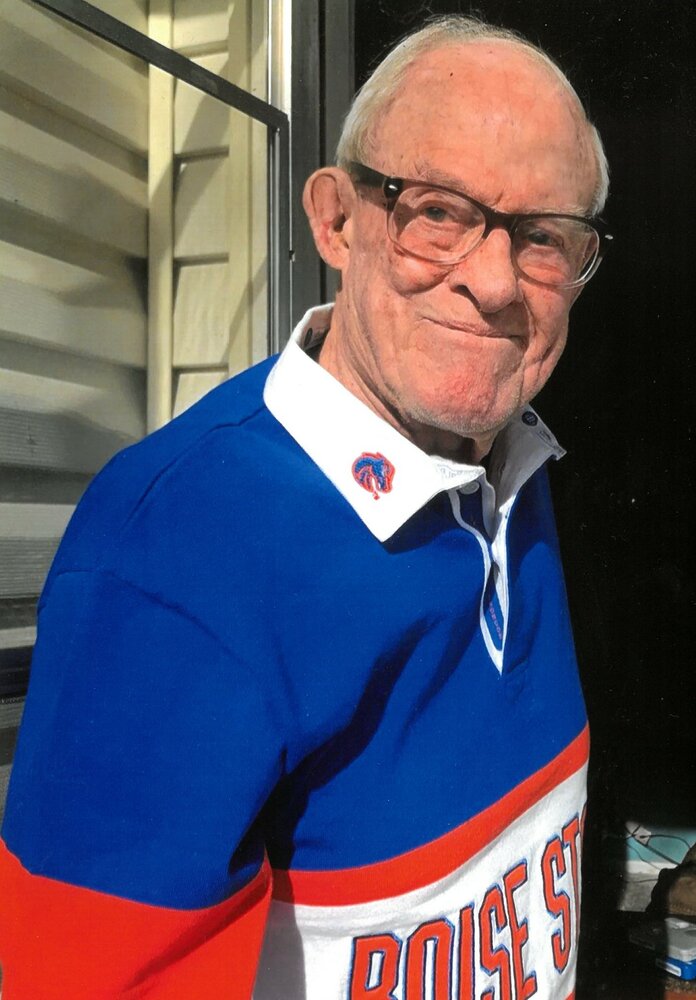 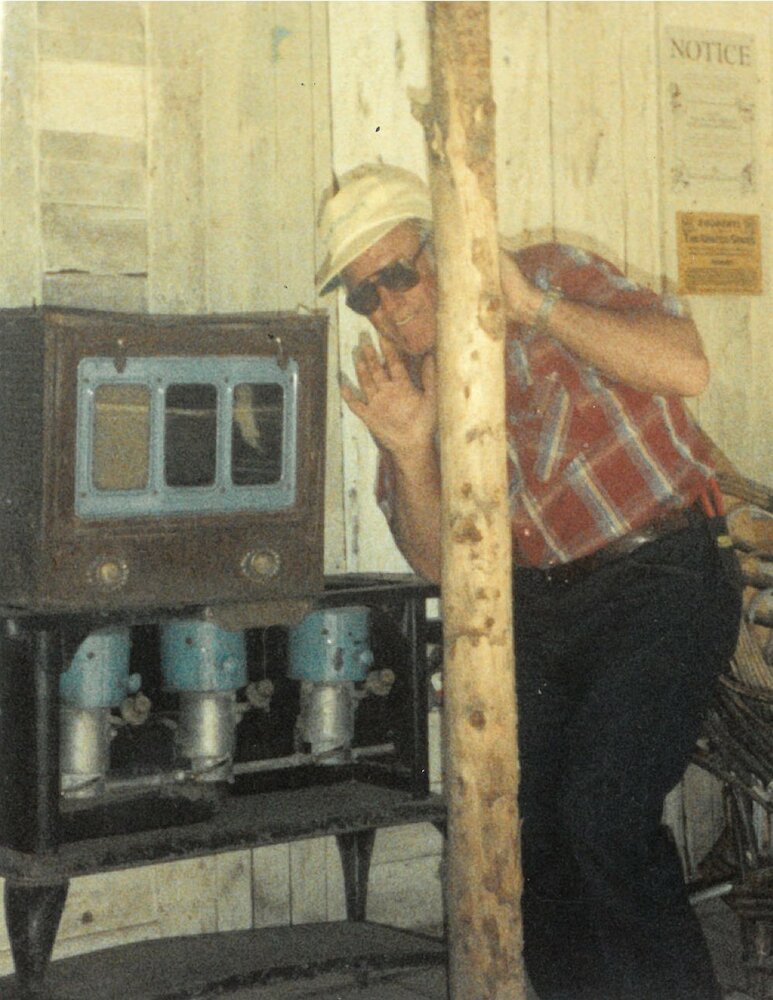 Edgar left us at the age of 94.  He fought a hard fight, but it was time for him to go home, where most of his family and friends were waiting.  It helps the rest of us left here to just imagine Edgar being back to his whole self with all of his loved ones,    especially his wife, Shirley, and daughter, Susan, and his son and daughter that passed away at birth, that he never knew.  We know he is so much happier now.

Edgar was born on May 31, 1927 in Taft, California to Axel and Sara Benson, he was one of 9 children.  Shortly after Edgar was born, the family moved to Minnesota.  At 16 years old Edgar tried to join the Navy, but much to his fathers dismay, he was not  allowed.  So, when he was 19 he enlisted, and served two years on the ship during World War II.

After he was discharged from the Navy, Edgar went back to Minnesota, where his bride-to-be, Shirley Sorenson, chased and captured him.  They were each other's True Loves.  They were married on August 23, 1949.  They moved to California, where    Susan was born in 1954, and then in 1957 Jeff was born.  In 1967 they moved and settled in Meridian, where Edgar bought 5 acres on Black Cat and Cherry Lane.      Eventually they were joined on the property by Edgar's last living brother, and their best friends, John and Nancy Benson, where they raised their families and made   priceless memories.  His parents eventually moved to Idaho, and joined them on their property.  Edgar worked hard at everything, he worked at Gibson Welker Ford, which became Meridian Ford, for many years.

Edgar loved the mountains, fishing, hunting, snowmobiling and all that the mountains had to offer.  Life was good.  He and Shirley bought a lot in Donnelly, in 1979.  Edgar, John and Jeff, along with the help of Shirley, Nancy and Rhonda, spent every weekend up there building the cabin that would eventually become their home.  After the move to Donnelly, Edgar came out of retirement to work for Ponderosa State Park as their mechanic.  There were many great times and memories made at the cabin, before Shirley passed away unexpectedly in 1997.

After losing Shirley, Edgar met and married Clara McClelland.  They moved to Billings, Montana, where her family welcomed him with open arms.  Clara passed away in 2019, and since then her family has continued to keep in touch and care about    Edgar, which meant so much to him.  After Clara passed away, Edgar moved back to Meridian.  He lived out on his brother's property, until he moved to a VA Foster Home in February.

Edgar is survived by his son, who he thought the world of, Jeff Benson and his wife Rhonda; brother John and wife Nancy; 8 granddaughters: Deanna, Danielle, Katrina, Jerica, Samara, Shantele, Mandy and Ronie; 22 great grandchildren, and 11 great great grandchildren, and many others who loved him dearly.  He was preceded in death by his parents; wife, Shirley; daughter, Susan; 2 infant children; second wife, Clara; 7 siblings, and many other loved family and friends.  Edgar's family was everything to him and he loved nothing more than spending time with them.

A special thank you to David and Irene Ikehara, for welcoming Edgar into your home and taking such great care of him, and all VA Foster homes.  Thank you to Keystone Hospice, the VA, and his social worker, Cindy.

To send flowers to the family or plant a tree in memory of Edgar Benson, please visit Tribute Store
Thursday
31
March