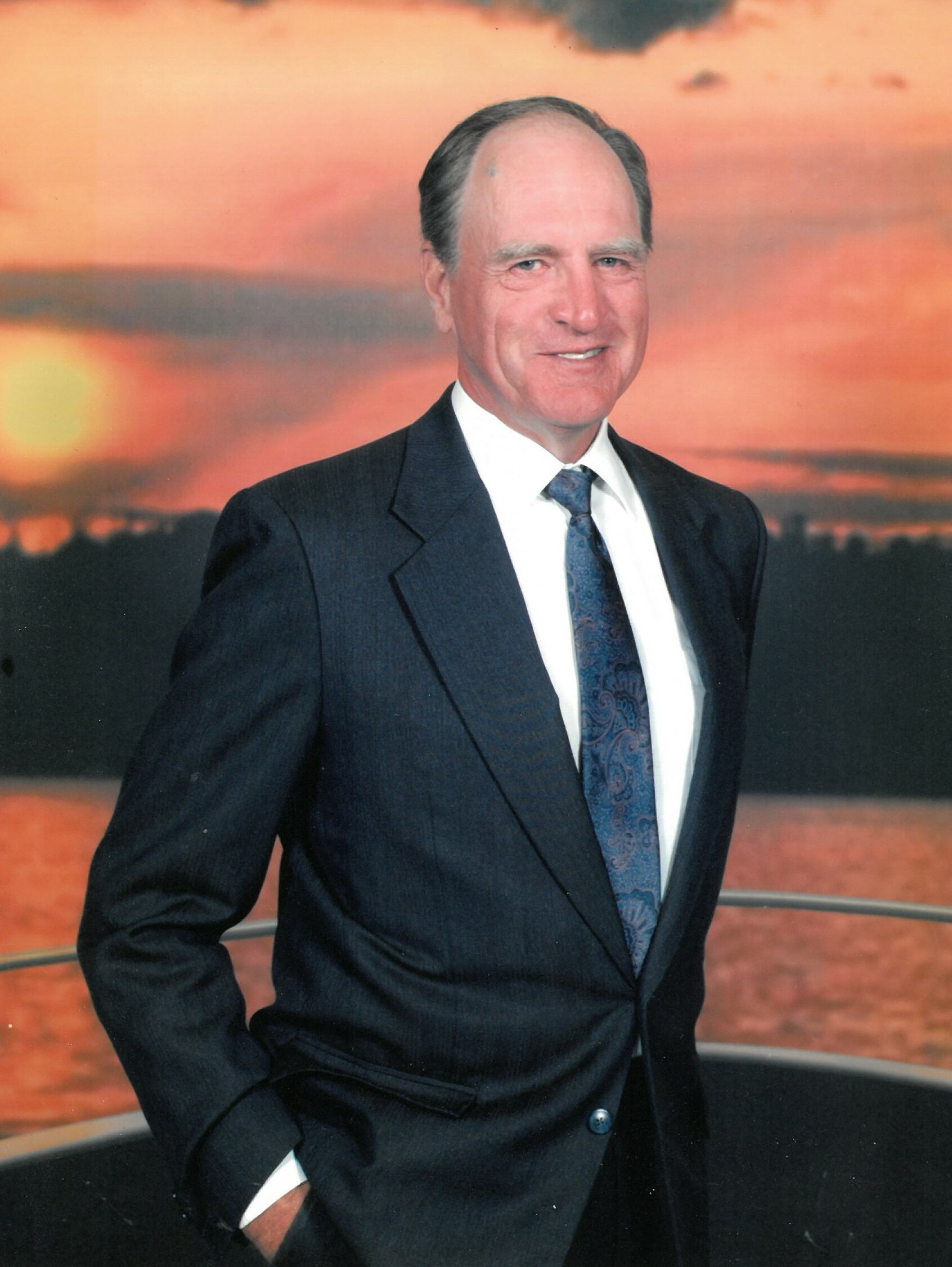 In the early morning hours of Saturday, April 2, 2022, Gary Wayne Larson, 82, passed away peacefully in his sleep.  Gary was born in Thermopolis, Wyoming and grew up in Thief River Falls, Minnesota along with his mother, Ruth Leader; stepfather, Norman Leader; twin siblings, Laurence Larson and Ellen Langevin and younger brother, Robert Leader.  He was preceded in death by his beautiful wife of 60 years, Carol Ann Larson; along with Ruth and Norman Leader; his sister, Ellen Langevin and his biological father, Forrest Larson. Gary and Carol were longtime residents of Boise, Idaho and had lived most of their married life in Alaska, including Anchorage, Kotzebue, Petersburg, Ketchikan, Cordova and Sitka.  Gary spent his career performing a job he loved for a company he loved, Alaska Airlines.  His role of Market Manager presented many challenges from frequent inclement weather to flights oversold with passengers and king salmon.  He wore the title of “Cod Father” proudly and performed his duties with unparalleled grace and leadership.  One of the many gifts Gary had in being a manager was being human, while not overreacting to any immediacy.  A crisis was a crisis if you chose to view it that way. If there was a problem, then there was a solution.  As a testament to his fair and honest practice, during his tenure as a senior leader, Gary was asked to negotiate a 5-year contract with Alaska Airlines’ largest group of personnel.  Designing and reaching agreement on this contract was his twilight tour, after which he retired after 35 years with Alaska in 2006.  To say Gary was well loved by those he worked with and the friends and family that surrounded him could be the understatement of the century.  He was adored by those he touched and did everything possible to stay connected with everyone over the years, even if it meant dropping into Oslo to visit a third cousin.  He and Carol loved to travel in their motorhome and had countless adventures bounding around the United States. But air travel was their first passion, and they took full advantage of the privilege extended to airline personnel, making it to every state in the US along with over fifty different countries.  Gary would always say Singapore was his favorite country, and his grandest adventure was sailing with Peter and Cristy across the Gulf of Mexico.  An especially memorable trip was to Medjugorje, a town in Bosnia and Herzegovina. It has been an unofficial place of Catholic pilgrimage since the Virgin Mary allegedly appeared on Apparition Hill in 1981.  Both Gary and Carol were unwavering in their faith in the Father, Son and Holy Ghost and wonderfully passed this faith on to both their son, Jim and daughter, Cristy.  God brought Jim and Cristy to Gary and Carol when both were adopted as infants in the mid 1960’s.  Their lives could not have been better as Gary led them on thousands of unforgettable escapades involving planes, trains, and automobiles.  Oh, and boats.  There were lots and lots of boats along the way.  Gary was the epitome of a tall, strong Norwegian and would often hike up Deer Mountain in Ketchikan on a Saturday morning for some light exercise.  His Norwegian heritage ran deep and if you knew Gary, you knew he had a strong sense of family, a love of nature, a desire to help those in need, and a willingness to work with others to reach a worthwhile goal.  These traits are an integral part of Norwegian culture and Gary taught them to those he loved.  He also had a fondness for the art of prank and never passed up an opportunity to pull a ruse on his kids or grandkids.  He once told his daughter the Ayatollah Khomeini was seeking asylum in the US and picked (of all places) Ketchikan, Alaska as a safe harbor.  She actually believed him for a whole 20 minutes.  Many folks work their whole life to be the best version of themselves, but Gary never had to work at that, it came naturally to him and surrounded him like a warm hug.

Grief is the price we all pay for the unconditional love that Gary gave us, but we know he is wanting our sorrows to fade while we hold onto the many great memories we have.  When you look to the midnight sun, remember fondly all the beautiful memories you share with Gary Wayne.

Please join us in celebrating Gary’s life, along with a funeral mass at St. Marks Catholic Community, 7960 West Northview Street, Boise, Idaho on Monday, May 23rd at 11:00 AM.  Always remember, not to worry, not to worry.

To send flowers to the family or plant a tree in memory of Gary Larson, please visit Tribute Store
Monday
23
May