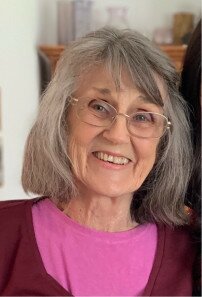 Barbara Laverne Johnston, 84, of Boise, ID passed away on the evening of Thursday, April 14th, 2022 at her home. She passed peacefully while sipping her tea and looking at pictures of her beloved children, grandchildren, and great-grandchildren.

A time of remembrance will be held on Thursday, April 21st at 1pm at Legacy Church located at 1507 N. Meridian Rd. in Meridian, ID. Barbara was born in Meridian, ID to Arvad and Opal (Hihath) Roberts on January 16th, 1938. She graduated from Meridian High School which was where she met the love of her life, Jerry (Jerald) Lee Johnston, on the steps of the school. They were married on July 3rd, 1955, in Kellogg, ID. Barbara and Jerry were married for 66 amazing years. They had 5 children together who were their pride and joy.

She was an avid gardener with a green thumb who loved to grow fruits and vegetables she could share with her family. She spent many hours of 2020’s covid lockdown in her patio greenhouse, growing vegetable plants to send to the homes of each of her children. She loved to bond with family members while picking raspberries, cucumbers, zucchini, tomatoes and so much more. Visits to her house often ended with her gathering up a to-go bag full of home-canned pickles, jams, zucchini breads, or soups.

She also loved spending time with her many great-grandchildren. She was always sure to have a craft for them to paint together and spent plenty of time down on her knees playing with them on the floor or in the tiny backyard playhouse she set up for them. There was almost nothing that was worth saying no to including requests for a third ice-cream cone or throwing her snowball flowers around the yard.

Barbara’s father, Arvad Roberts was one of the founding members of Meridian Gospel Tabernacle (now Legacy Church) where she and Jerry raised their family and have attended since 1955. Barbara had a deep faith and it showed in every aspect of her life and impacted many people. She was always welcoming, generous, loving and kind to family and strangers alike. She provided her family with a first-class role model and was clearly the beloved matriarch that pulled her large family together.

Barbara was preceded in death by her daughter, Pamela Kay Johnston, her loving parents, Arvad and Opal Roberts, her sister-in-law, Rosalie Roberts, and Great-Grandsons Gabriel McAllister and 2 Greyden Wells.

Barbara is survived by her adoring husband, Jerry Johnston, brother Verl Roberts and wife Gloria Roberts, brother Bud Roberts and wife Ruth Roberts, sister Roberta Warwick and husband Carroll Warwick, daughter Deborah Gross and husband Randall, son Jerald Johnston II and wife Tracy, son Mark Johnston and wife Dorrine, and daughter Kathryn Morris and husband George. She is also survived by a whopping 16 grandchildren and 30 great-grandchildren who were all blessed to have close, personal, loving relationships with a woman who dedicated her life to loving them.

To send flowers to the family or plant a tree in memory of Barbara Johnston, please visit Tribute Store
Thursday
21
April