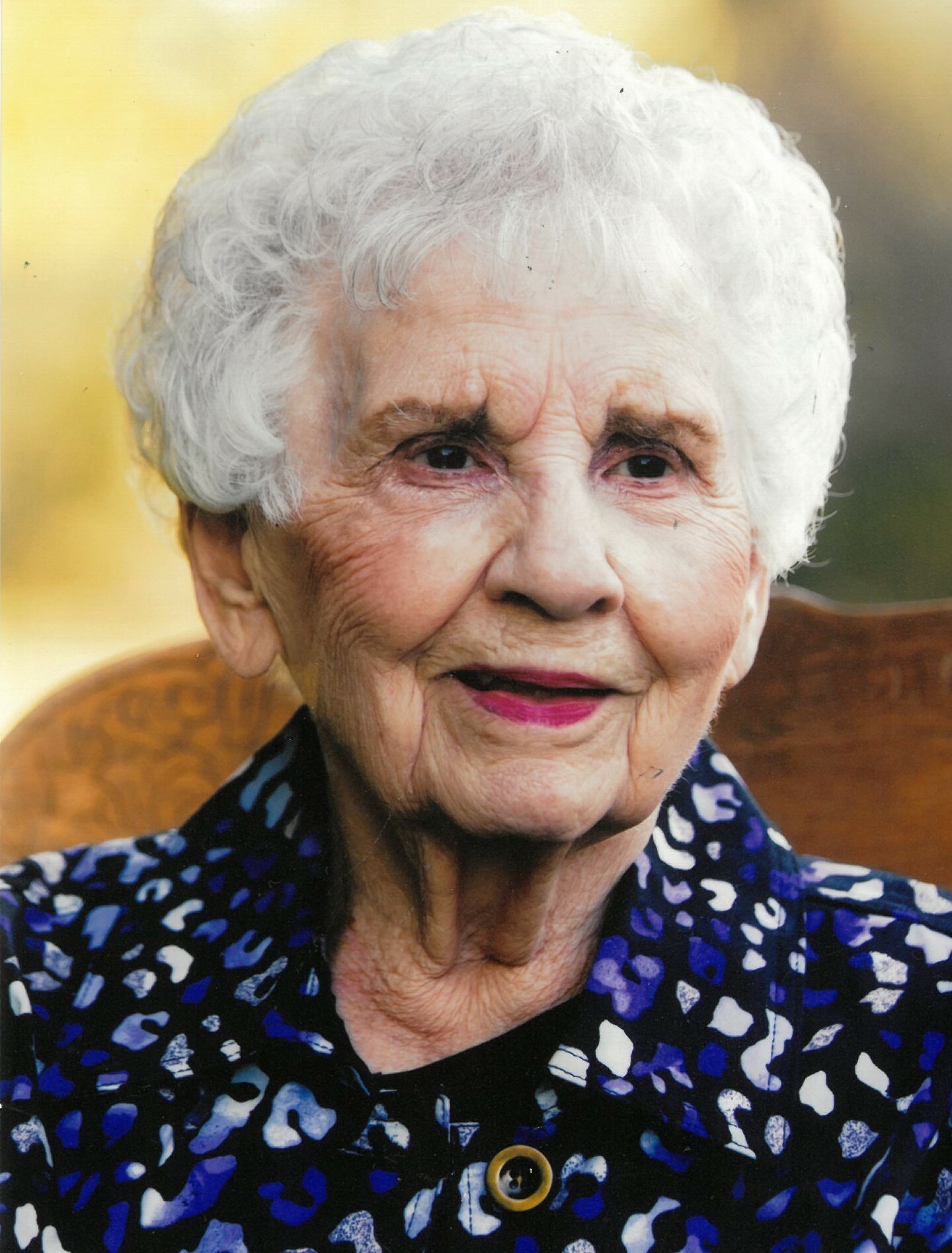 Our dear mother, Janice Clark Romney peacefully passed away April 30, 2022 in Meridian, Idaho.  She passed one week after her 102nd birthday.  She was born to Mary Jette Christensen and John Perry Clark in Sterling, Colorado on April 23, 1920 and was the fourth of seven children.

She grew up in Denver, Colorado graduating from East High School and she enjoyed running track.

In 1942 while in Sunday School, our father was teaching the lesson and looked down at our mother’s big brown eyes and it was love at first sight.  A month later Dad left Denver where he had been working to report to Fort Douglas in Salt Lake City, Utah.  Thus began 13 months of a mail courtship with Miles (Myles) W. Romney which resulted in their marriage in the Salt Lake Temple on May 4, 1943 performed by Elder Harold B. Lee.

Their early marriage found them living in Denver, Pocatello, Idaho, Fort Lewis, Washington, Albuquerque, New Mexico and settling in Pocatello in 1949.  They were happy to move to Idaho and be close to many relatives.

Professionally, she returned to working outside the home after their youngest children started school.  She first worked at a law firm in Pocatello and finished her working career at the Office of Student Affairs at Idaho State University retiring in 1982.  She loved working with many dear people at ISU who became close friends and also working with the students.

Mother loved to entertain and was the ultimate hostess which can be attested to by hundreds of her houseguests.

She was a faithful daughter of our Heavenly Father and served in many Ward and Stake callings well into her 90’s.  We know a reunion is taking place with many dear friends as well as family members who preceded her in death.

Funeral services will be held at the Caldwell Park Ward of the Church of Jesus Christ of Latter-day Saints, 135 S. 7th in Pocatello on Friday, May 6th at 10:30 AM.  Visitation for family and friends will begin at 9:30 AM.  Burial will follow at Mountain View Cemetery.  Services are under the care of Accent Funeral Home, Meridian.

To send flowers to the family or plant a tree in memory of Janice Romney, please visit Tribute Store
Friday
6
May