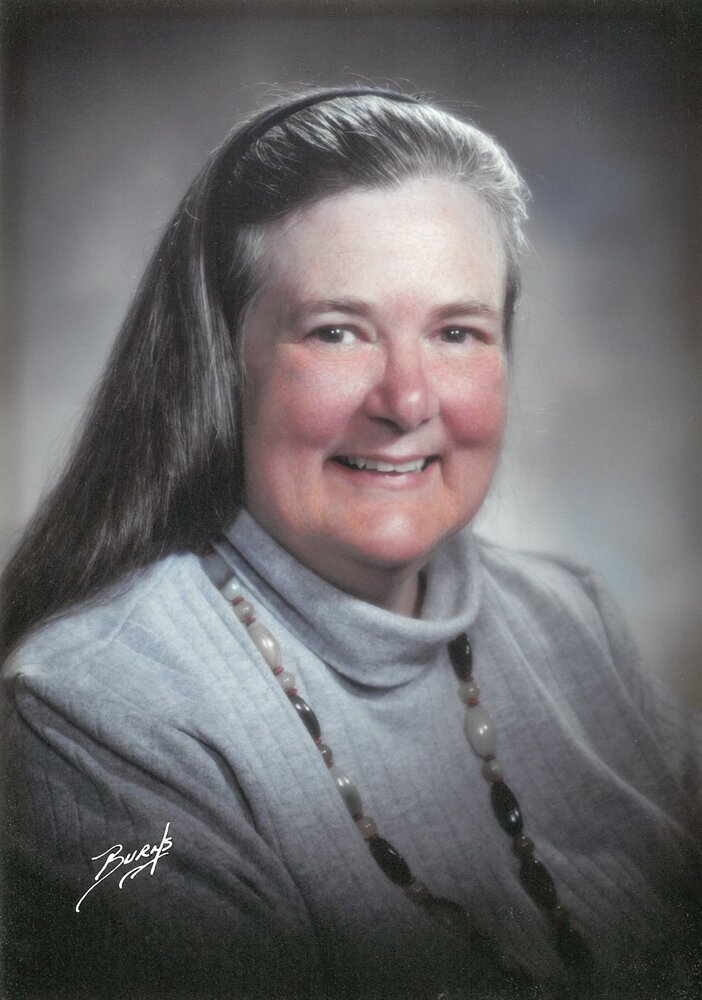 Janet Delli Quadri Ward of Boise, Idaho, was generous, gracious, and grateful in her full life of 82 years.  When she found out she had a gall bladder infection that had become septic, she made the decision for hospice.  She died 16 days later on May 15, 2022.

Janet was born on January 31, 1940, to Carmen and Anne Delli Quadri in Boulder, Colorado.  She was the eldest of her siblings, David and Wendy.  Her family moved quite a bit when she was young, but every summer was spent at the family cabin on Swan Lake in Minnesota, swimming, fishing, playing card games, and taking canoe trips in the Boundary Waters.

In elementary school, she was smart and taller than everyone in her class, so they skipped her up a grade; she claimed she never learned fractions because of that.  She was a girl scout, on the alpine ski team, and involved in speech and the school newspaper.  Janet graduated from Houghton High School, Michigan, as salutatorian in 1957.

She started college at Middlebury in Vermont where she was a top student and involved in the intercollegiate outing club association.  Unfortunately, she fractured her skull falling off a horse while working at a Y camp in the summer of 1960 and took time off school to fully recover.  She later finished her degree at Denver University.

Janet studied biology in graduate school at University of Colorado-Boulder.  Fritz Ward met her one day in the cafeteria and thought she was the most vivacious gal in the room.  Soon, Janet was hiking and dancing with her Fritz “Friend”.  She researched paramecia in the high mountain lakes, hiking in to collect samples and log environmental parameters, such as pH of the lake.  Her research has since become one of the most referenced theses from UC Boulder as a baseline in water quality before acid rain and other environmental problems of the Colorado Rockies front range.   In 1964, she graduated with a master’s degree and married Frederick “Fritz” Ward.

In 1965, they moved so Fritz could pursue his PhD in Math at Virginia Tech in Blacksburg.  Their children, Frederic Robin and Sonja Ann, were born during this time.  Upon graduation, Fritz took a job teaching math at Boise State College in 1969 as it grew to become Boise State University.  They drove across country to their new home.  Janet cried at the rest stop 8 miles out of Boise on the Snake River Plain because there wasn’t a tree in sight.

However, Janet “bloomed where she was planted” in Boise as a homemaker.  She organized her “absent-minded professor” husband, kept a frugal budget and clipped coupons.  She raised her kids and supported them in activities, often volunteering as room mother or scout leader.  During harvest, she was “chained to the stove” juicing grapes and canning tomatoes.  She made the best jam, pies, and sugar cookies!  The family hiked, backpacked, and cross-country skied, particularly loving the Sawtooths and Ponderosa Park, and made summer sojourns back to Swan Lake.

She was active in many community groups and developed life-long friends while folk dancing, playing bridge, in many environmental organizations, and as a 50-year member of American Association of University Women.  Janet and Fritz joined and were active in the Unitarian Universalist Fellowship, but when that group hired a minister, Janet separated and led a UU Church of the Larger Fellowship group.

Janet lobbied for half-day public kindergarten, which succeeded in time for her daughter to attend in 1972.  She also lobbied for the Sawtooth National Recreation Area, the Snake River Birds of Prey Natural Area and the preservation of Girl Scout Camp Alice Pittenger with a land swap.  She worked toward replacing geographic place names offensive to women and native Americans.   She also served on the City of Boise Park Board.

After the kids went to college, Janet took classes at Boise State University in English and geography.  She wrote poetry and was a founding member of a writing group that she attended for decades.  She researched women’s experiences of the fur trade and Oregon Trail, developed talks on this subject for the Idaho Humanities Council, and toured the state giving presentations.

Parkinson’s disease slowed Janet down in her later years, as did supporting Sonja, her adult daughter who became disabled.  When Janet broke her hip in October of 2020, she never recovered ability to get out of bed independently.  She moved to live at Shaw Mountain of Cascadia.  We appreciate that the staff took care of her and treated her like family because, due to Covid restrictions, family and friends could only visit through the window the first half of her time there.

She is survived by her husband of 58 years, Frederick “Fritz” Ward; her children, Frederic “Fritz” Robin Ward of Crestline, California, and Sonja “Sunny” Ward of Boise, Idaho; her siblings David Delli Quadri of Steamboat Springs, Colorado, and Wendy Williamson of Duluth, Minnesota; many nieces and nephews and their children.

Memorial Service will be Saturday, September 24, 2022, at the Dick Eardley Senior Center in Boise at 2pm.  Masks may be required for service.  Following service, refreshments will be served on the patio.  She will be buried in the family plot in Hibbing, Minnesota.

If you would like to donate in Janet’s memory, The AAUW Boise Area Branch Inez Robb Scholarship which is awarded to a female upper-class student at Boise State University was dear to her heart.  Checks should be made payable to AAUW Boise with "Inez Robb (Ward)" on the memo line and mailed to AAUW Boise, PO Box 16548, Boise ID 83715.  For more information or donate with credit card, go to https://boise-id.aauw.net/scholarship. Services are under the care of Accent Funeral Home and Cremation, Meridian.

To send flowers to the family or plant a tree in memory of Janet Ward, please visit Tribute Store