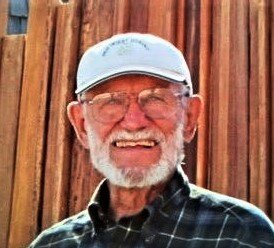 Gene E. Bray 90, of Meridian, passed away Tuesday at Emerson House memory care center. Born in Brownsville Texas, the eldest son of Henry and Lilly Marie (Johnston) Bray. He graduated from Boise High School in 1949, studied electrical engineering at Iowa State University on an ROTC scholarship and served three years in the Navy, including time on a submarine. Gene joined IBM in 1956. During his successful career he worked on the development of early disk drives and contributed to IBM's world-wide manufacturing efforts during the personal computer boom of the early 1980's. He retired to Meridian in 1986 where he met his true love Irene Wright, became a dedicated advocate for water and the environment, and pursued several hobbies including whitewater rafting, motorcycle touring and master gardening.

Gene is survived by his wife and partner Irene; brother Tom Bray (Dina); children Christina Bray (Thomas Blasiak) and Daniel Bray (partner Ginni Koch); grandchildren Shelby Clark, Riley Blasiak, Rachel Zapetis (Timothy) and Jon Bray (partner Caitlin Acly); five great grandchildren; and nieces and nephews. Gene is also survived by many other people who were an important part of his extended family and who shared the kindness of his heart.

He was preceded in death by his parents; sister Leah Calhoon; daughter Cathy Clark; and granddaughter Jessica Clark.

Gene was a generous and ardent supporter of many causes. He fought for habitat preservation, social justice, education of Idaho's children, and for the dignity and rights of the disenfranchised.  He was always ready to help a neighbor or friend.

Gene was a special mentor for many children, investing in their health and education as well as guiding them on their paths to adulthood. He

loved seeing kids reach their potential. Gene also loved mentoring young adults who needed a little support and advice that he could provide.

Over his life, Gene has had a profound impact on many lives and careers of young people and they in turn have become part of his extended family. He loved his children and his friends. He will be missed. Gene leaves a huge legacy of thoughtful and civically minded individuals who continue to work on causes in which he believed.

In lieu of flowers, please donate to your favorite civic or community organizations in the Boise area. A few of the Gene’s favorite were the Advocates for the West, ACLU, Planned Parenthood and the Corpus Christi House.

To send flowers to the family or plant a tree in memory of Gene Bray, please visit Tribute Store