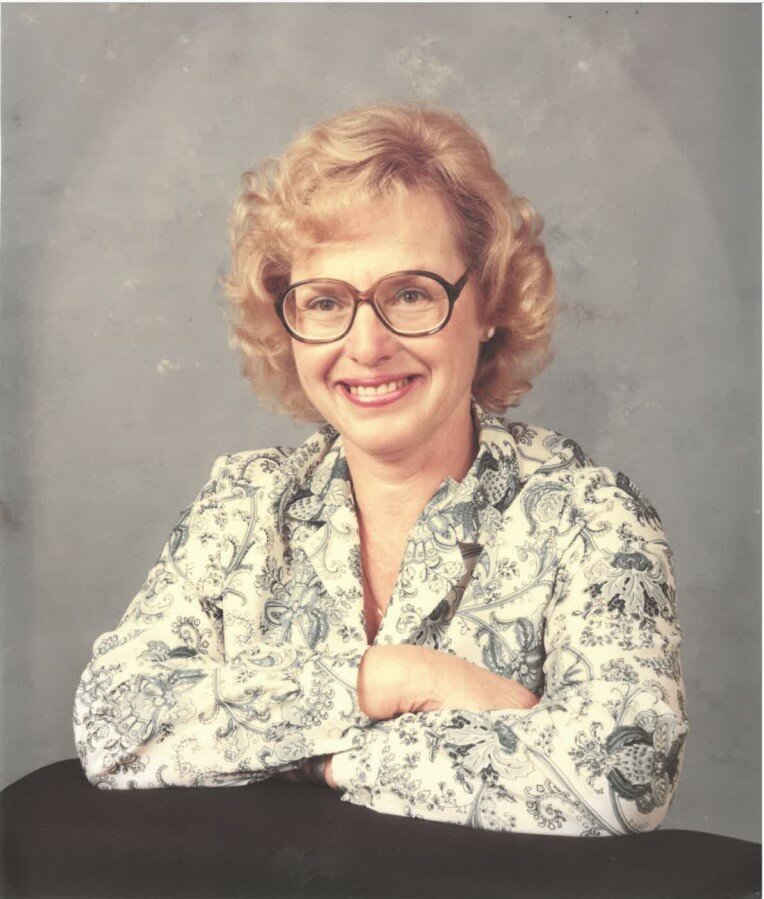 Pearl Estella Spiro was born in Seattle, Washington to Bernard Paul and Lula Marie Spiro on November 24, 1927. She was the oldest of four children – 2 brothers, Robert Douglas and David Alan and one sister, Paula June. She grew up in Sacramento, California, and graduated from high school there. She met and married Theron (Terry) Roberts; and after his attending law school and serving in the Korean Conflict, they lived a short time in Rigby, Idaho, then moved to Boise, Idaho, where Terry practiced law. Pearl and Terry had four children: Marcia Ann, Michael Lee, Daniel Theron, and Holly Marie.

Pearl belonged to the Boise Jaycee-Ettes and was crowned Queen of the Junior Chamber of Commerce Sweetheart’s Ball in 1956. She also sang with the Madrigals for many years and was the recipient of their scholarship for a year of professional voice lessons. Pearl loved to sing and had a wonderful, strong alto singing voice.

Pearl and Terry were divorced in 1968.

Pearl worked at the US Bureau of Reclamation in Boise, Idaho. It was there that she met Lauren Simon, and they were married in 1969. They had one son, Howard Paul. Lauren brought two sons to the marriage, Harold and Arlen Simon. Pearl and Lauren loved to take pack trips into the mountains and fish the streams. Lauren bought her a molly mule, and the mule and Pearl had many good times on these trips. They also owned some thoroughbred race horses throughout the years, and enjoyed the racing community, the horses themselves, and the racing events.

Pearl was always doing something in the kitchen. She loved to cook, bake, put up preserves of some sort. For decades she made her own special recipe of fruitcake and gave it to her friends, her doctors, and other special people she knew along with rum balls at Christmas. Pearl always had a positive outlook on life. She knew no strangers – everyone was her friend. She had a smile and a good word for all. She would always have a bag of cookies, a slice of cake or two, a jar of jam to give away whenever they were going to visit with someone.

Pearl learned how to play bridge with her folks and eventually played contract bridge where she earned her Bronze Life Masters level. She also played pinochle and cribbage, and did that well, too.

Pearl and Lauren were members of the Ten Mile Community Church, where they made many friends.

Pearl’s main focus was on family and close friends. She always remembered birthdays and other special days and sent cards to immediate and extended family members. She loved her husband dearly and all her children. She stayed in touch with distant relatives and special friends throughout the years. She is remembered fondly and with love by all who knew her. She will be missed.

To send flowers to the family or plant a tree in memory of Pearl Simon, please visit Tribute Store
Wednesday
3
August