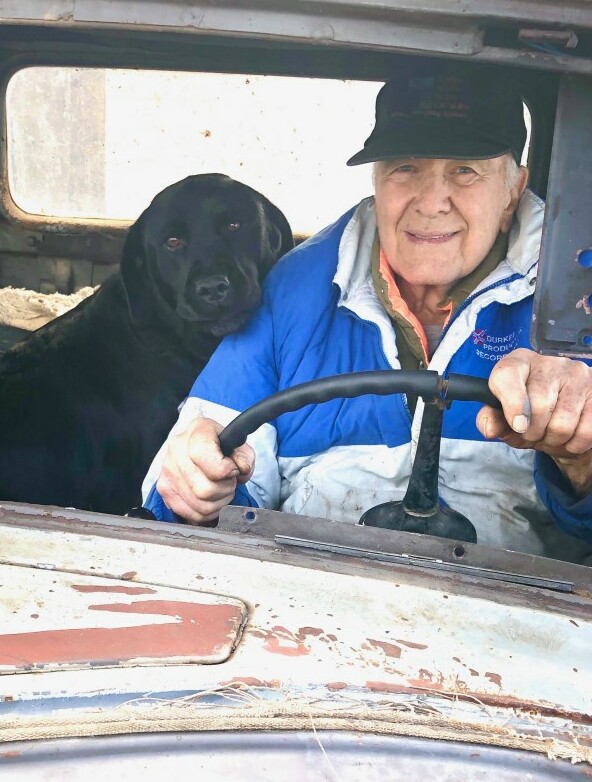 Richard “Dick” E. Cooke, 87, of Meridian, Idaho passed away Saturday, August 6, 2022 at a Boise hospital. Dick was the son of Earle and Hazel Cooke and was born on September 27, 1934 in Nampa, Idaho.  He attended schools in Nampa, Kellogg, and Weiser, Idaho and graduated from the University of Idaho with a degree in Chemical Engineering on an ROTC scholarship and he lettered in track. Dick married Joyce Genoway on September 22, 1956 after they dated for 6 months, 3 of them long distance! He served active duty at Ft. McClellan, Alabama for 6 months and was trained as a Chemical Warfare Service Officer, which involved self-administering antidotes after direct exposure during chemical weapons training.  He continued with the Army National Guard for 7 ½ years and told stories of Jump School and Special Forces assignments.

Dick began his professional career at Hanford and then B.F. Goodrich in Louisville, Kentucky. The love of hunting brought Dick and Joyce back to Idaho.  He worked for Joyce’s parents at Genoway’s Payette Greenhouses for a few years in Payette, Idaho and then moved to Huntington, Oregon where he ultimately became Plant Manager for Oregon Portland Cement Company at the Lime operation and the lead for design and construction of the Durkee operation.  He was later promoted to Vice President of Production and moved to West Linn, Oregon.  After Oregon Portland Cement was acquired by Ashgrove Cement, Dick moved on to work for a consulting firm in the cement business, Smith, Monroe and Gray.  He retired and he and Joyce moved back to their roots in Idaho.

Dick lived a life of generous service and was active with the Junior Chamber of Commerce in Payette and he was a City Council member, Mayor, and Boy Scout Troop Scoutmaster in Huntington. He refereed high school and junior college football and basketball games in eastern Oregon and western Idaho for many years. He was a Board member for Huntington United Methodist Church, Lake Oswego United Methodist Church, Covenant Presbyterian Church, Parkview Christian Church, and Hope’s Door.  He was a SCORE mentor, investing in the success of small business leaders in the community. He was also a CASA volunteer and active with the Meridian Lions Club. In honor of his service, he was the Grand Marshall of the Meridian Lion’s Rodeo in 2018. He was also awarded the Melvin Jones award, the Lions Club’s highest form of recognition.

Dick’s primary service was to his family.  They do not recall him missing a horse show, track meet, basketball game, volleyball game, dance recital, piano recital, or concert.  He checked math homework at night and brought home articles about women in engineering for his daughters. Every fall he spent hours with David hunting chukar, pheasant, deer and elk in the hills and mountains of Eastern Oregon.

A memorial service will be held at Edwards Greenhouse Legacy Garden on Sunday, September 4, 2022 at 3:00 pm. Memorials may be made to Meridian Lions Club at P.O. Box 266, Meridian, ID 83680. Remembrances may be left for the family on Dick’s webpage at www.AccentFuneral.com.