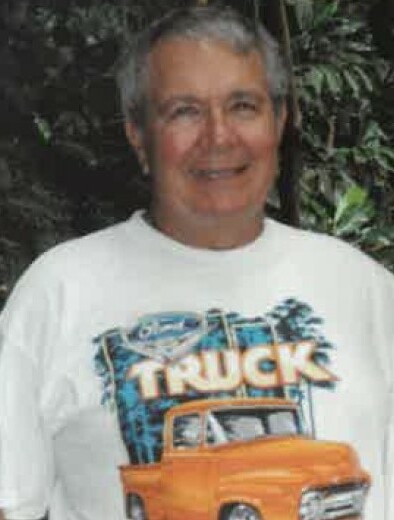 Charles Edward Yell passed away peacefully on October 2, 2022 at the age of 84. “Chuck” was born April 24, 1938 to George and Ruby (Golden) Yell in Umpire, Arkansas. In his early years he attended school in Arkansas school system. The family moved to Oregon in 1948 where he continued his secondary education and began high school in Prospect, Oregon. His senior year was completed in 1956 at College High School on the NNC (NNU) campus where he competed in football, baseball, and basketball.

He married Patricia Ernest in 1957 and they were blessed with two sons, Randall and Jeffrey. They later divorced. In 2005 he married Barbara Smith, his former high school girlfriend, and they settled in Meridian.

Charles’ career consisted primarily in the wood products industry in Oregon, California, Florida, and Alabama. He retired from LTM concrete company in December 2004.

Chuck always had a love of classic cars and owned many over his lifetime. He was generous with his time and was the go-to neighbor for help with lawn care, running errands, and doing their home repairs. He spent many hours with friends helping them repair their vehicles and mentoring younger friends. He regularly stopped to help people who were experiencing car troubles and helped them get on the road again. Chuck’s most enjoyable pastime was scuba diving up the Pacific Coast and in Hawaii and Honduras.

He is survived by his wife Barbara of Meridian, Idaho; sons: Randy (Karen) Yell of Dundee, Oregon, and Jeffrey (Jackie) Yell of Lapwai, Idaho; sister, Sylvia (Dave) Gardner of Jacksonville, Oregon; and brother, Toney Yell of Central Point, Oregon. He is also survived by grandsons: Michael, Matthew, Josh, Tyler, Jeffrey, and Jonathon; as well as great grandsons, Aiden and Easton.

A celebration of Chuck’s life will be held at a later date. Remembrances may be left for Chuck’s family on his tribute wall at www.AccentFuneral.com.

To send flowers to the family or plant a tree in memory of Charles Yell, please visit Tribute Store