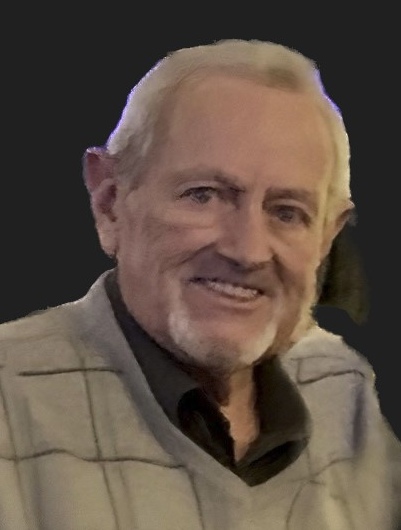 Virgil Roy Garland of Clarkston, WA passed away on Sunday, October 9 at the age of 74 surrounded by his loving family. Virgil was born to Leo and Norma (Greub) Garland on June 29, 1948, in Sheridan, WY. He was raised in Big Horn and married Connie Cordova Williams in 1967. Later that same year, they welcomed their son, Steven and in 1969 welcomed another son, Russell. Virgil and Connie remained friends following their divorce in 1989.

After enlisting in the U.S. Army in 1967 and completing his basic training in Fort Bliss and specialist training in Fort Benning, GA, the family moved to Germany in 1968 where Virgil was stationed in Heidelberg as a teletype operator.

Following his discharge from the Army in 1971, the family returned to Sheridan where Virgil began his 36-year career in banking as a teller for First National Bank. They moved to Grangeville, ID in 1975 where he was Assistant Manager for Idaho Bank and Trust (IB&T). The family relocated again, to Rupert, ID in 1981 where Virgil was Vice President and Manager at the Paul, ID IB&T branch. He graduated from Pacific Coast Banking School in Seattle before relocating to Lewiston, ID in 1985 where he continued working for IB&T.

In 1988, Virgil left banking and went to work as the Controller for Duckworth Boat Manufacturing Company. After the sale of Duckworth in 1998, he returned to banking with Sterling Savings Bank, (later became Umpqua Bank) as the Clarkston, WA Branch Manager where he was later promoted to President.

He married Rita Williams Gruell in 2005 and continued his career in commercial lending with Umpqua until his retirement in March 2015.

Throughout his life and into retirement, Virgil enjoyed golfing, fishing, watching sports and old westerns, and spoiling his dog Coco.  He loved family dinners and a good glass of wine and could always be counted on to tell a good joke in that special story like way that was all his own. He will be greatly missed by his many life-long friends and family.

A celebration of life will be held at 2:00 pm on November 19th at the Lewiston Elks Lodge, 3444 Country Club Dr., Lewiston, ID. Food and beverage provided.

Virgil was lifetime Shrine member and Mason and in lieu of flowers, the family suggests donations be made to the Shriner’s Children’s Hospital.

To send flowers to the family or plant a tree in memory of Virgil Garland, please visit Tribute Store
Wednesday
19
October