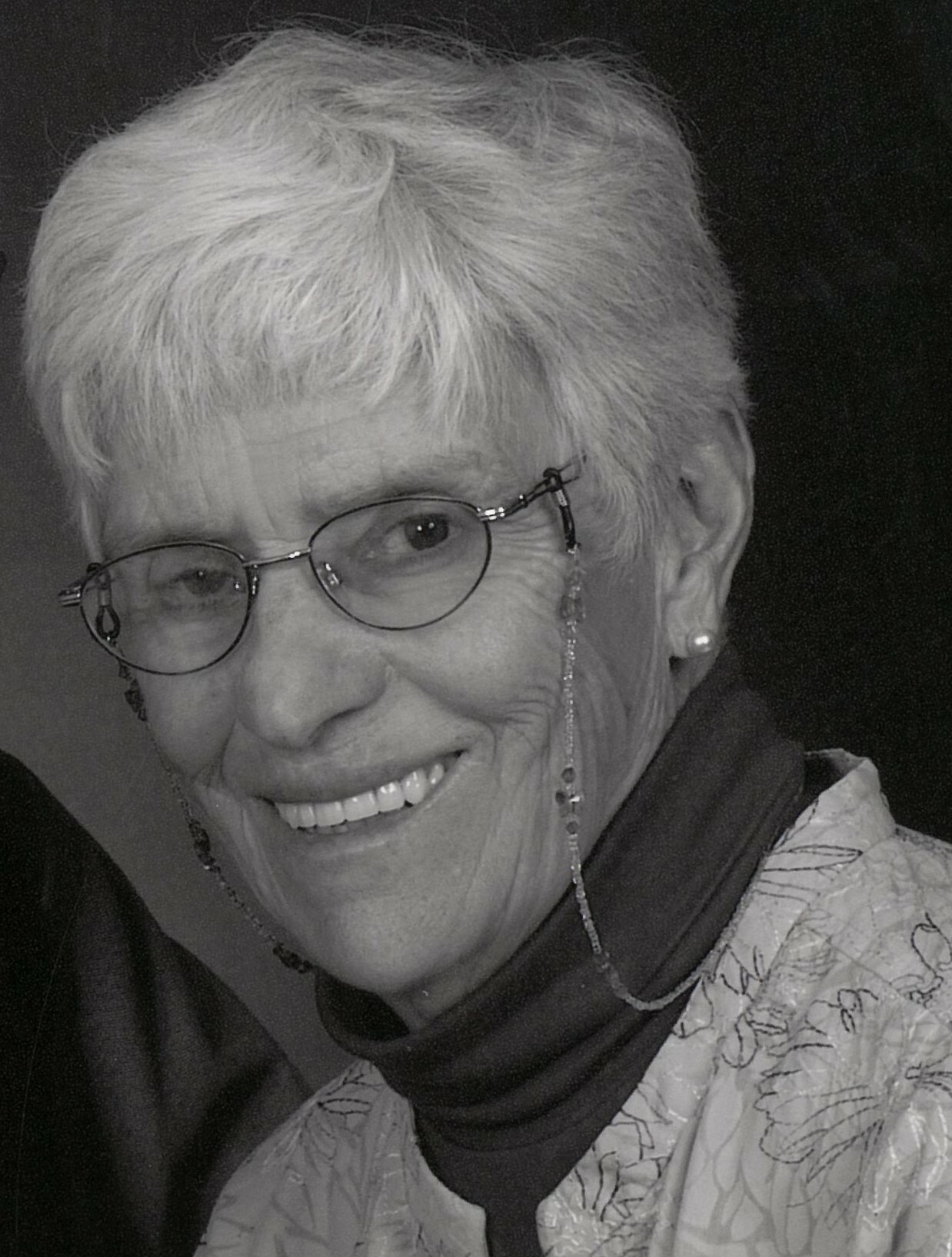 Johanna was born in Golden, Colorado, the third of four children born of Alphons and Josephine Thuet.  While in high school, she worked at a local dairy at the ice cream counter. She met her future husband, Carl, when he came into the dairy with his college friends. They were married on August 20, 1952 after her high school graduation. Over the course of their seventy years of marriage, they lived in upstate New York, Golden, Colorado, Ely, Nevada, Salt Lake City, Cascade, and Boise, Idaho. They raised two daughters that they loved very much. She and Carl enjoyed hiking, backpacking, birdwatching, cross-country skiing, and sailing. She loved to read, garden, and play bridge, Uno and Rummikub. She delighted in beating her opponents. She was a master of Rummikub!
It was in Cascade, Idaho that they truly thrived in perfect happiness, building the house of their dreams overlooking the lake and a guest house for all the grandchildren they hoped would visit. Visit they did!  She called herself the grouchy grandma. Yet it was the grouchy   grandma who allowed the grandchildren to sled down the steep driveway, through the front door, laundry room, shoot out the back door and off the deck.  While in Cascade, Johanna volunteered as a teacher’s aide at the elementary school, volunteered at the library, and accomplished a master gardener certification. They moved to Boise in 2013, because they were just darn tired of shoveling snow. She made countless friends in the new neighborhood in Boise as walkers stopped to admire her flowers, and children walked to the local elementary school.
Johanna doted on her seven grandchildren and twelve great-grandchildren. They all adored her and will miss her dearly.
She is survived by her husband, Carl; brother, Larry (Shirley) Thuet; daughters, Terri (Burt) Merkley and Laurie (Scott) Lee; grandchildren; great grandchildren; many nieces and nephews; and her two beloved two poodles.

To view the funeral mass please use this link.

To send flowers to the family or plant a tree in memory of Johanna Broadbent, please visit Tribute Store
Monday
12
December