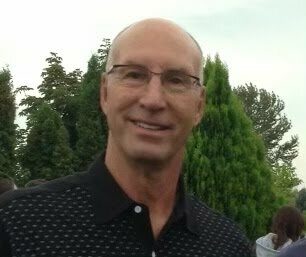 Steve Vogel was born and raised in Longview, WA. He played football, basketball, and baseball while at RA Long HS. There was no doubt in anyone's mind who he was when he walked on the football field, track field, or the basketball court that he was a force to be reckoned with.

He was a starter on the basketball team for three years and in his senior year was voted as the “Most Improved” and “Most Inspirational.” Steve also participated in track and field his senior year as a member of the record setting 1600 relay team. Steve was on the tennis team his sophomore and junior years.

Steve worked as a football graduate assistant at Boise State in 1972- 1973. He then went to Sunset High School in Beaverton, Oregon to teach and coach, but only stayed one year. Boise was calling him back. Steve’s love for the treasure valley was solidified during his playing days at Boise State.

He was offered a job at Capital HS and worked his entire career there from 1974 to 2005. Steve taught Physical Education and Lifetime sports, and held other roles such as Department Head, Head Baseball, and Asst. Track coach.

He was best known for his football coaching during his time at Capital High School, where he was the Assistant Coach from 1974-1985 and the head Football coach from 1986-2003. During this time, he was named six-time 3rd District Coach of the Year and one time Idaho State Coach of the year, received Lifetime 3rd District Coaches Membership, was inducted into Capital High School Coaches Hall of Fame, became a Idaho representative to NFL Youth Summit, and Coaches Rep to the Football Officials Review Board.

Steve will be remembered as a caring and motivational coach who was a “Gurkha” till the end. He loved being out and about visiting friends daily. He seemed to always run into someone he knew wherever he went. He always had a joke, story, or a kind word to say.

A public Celebration of Life will be held at Capital High School auditorium on Wednesday, Dec. 21st from

6-9pm, with program starting at 6:30 pm.  The family invites to you make a donation to a scholarship fund that will be set up in his honor, in place of sending flowers.

To send flowers to the family or plant a tree in memory of Steven Vogel, please visit Tribute Store
Wednesday
21
December