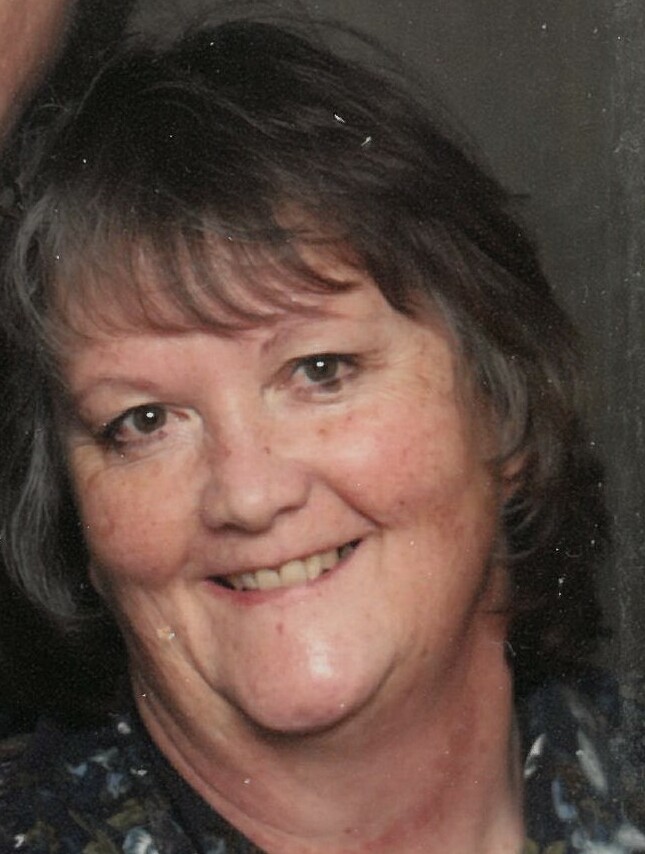 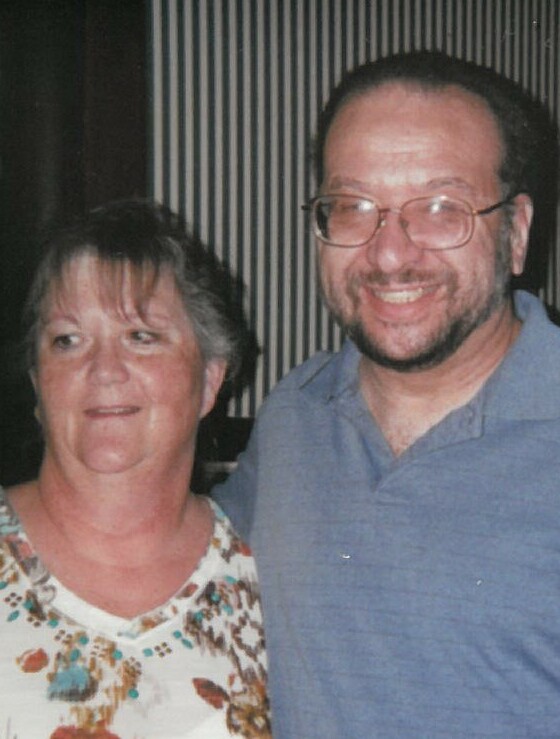 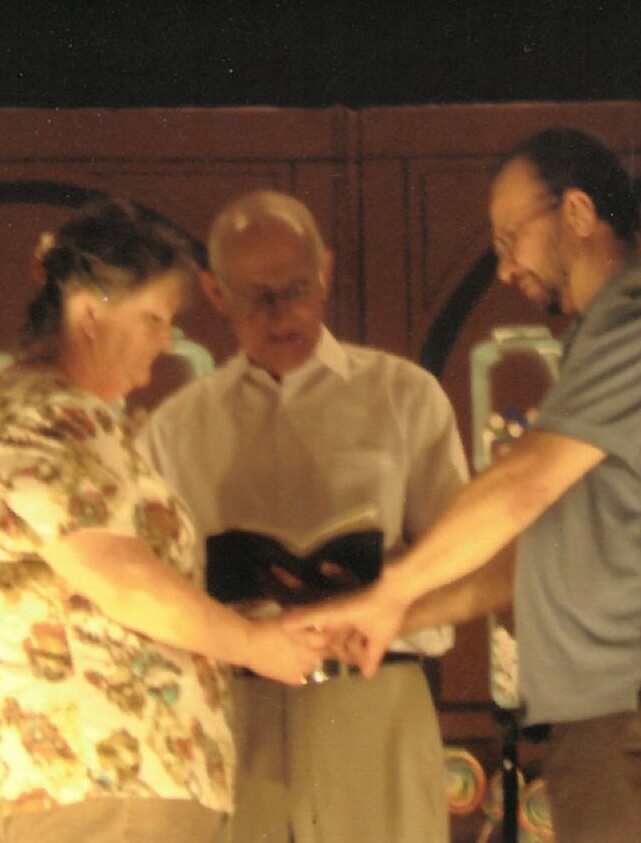 Lorraine was born July 7, 1953, in Fullerton California to Patrick Lydon Connolly Sr. and Wanda Jean Connolly. She Joined brothers Patrick Jr. & Phillip. The family moved to Hilton Creek near Mammoth Lakes, California when she was very young and then moved to Hailey, Idaho.  Lorraine graduated from Wood River High School and started college.  Lorraine became a Licensed Practical Nurse in 1980 and a Registered Nurse in 1986.  She also attended Boise Bible College in 2004.

Although Lorraine was not brought up in a Christian home, she found herself seeking the Lord at a very young age.  She remembers watching a Billy Graham Crusade when she was about 13, this left her very touched and afterwards, she cried and cried.  The following week, she was at a friend’s house. They were listening to the first lesson of the Mormon Missionaries, again she cried and cried.  Shortly after, she decided to be baptized into the Church of Jesus Christ of Latter-day Saints.  In 1974, at the age of 21, she went on an 18-month LDS Mission to Peru, South America.  Although she struggled with having to wake up by 6:00 each morning, memorize so much, the daily devotionals, and learn Spanish, this was a major highlight of her life.  She loved God and loved serving Him.  While in Peru, she was able to help provide food and medical needs to the impoverished children.

Lorraine returned from her mission August of 1976.  Many changes took place while she was away, and she found it very difficult adjusting to the “real world”. Her family home had burnt, and her parents had chosen not to tell her, as they did not want to worry her. A fellow missionary, whom she had become very fond of, decided to get married to someone else.  Then shortly after, her brother killed himself.  She became very angry with God and closed him out for many years.

In 1980, she met and fell in love with Steve Rosenoff.  This relationship was very dysfunctional and nonbiblical; however, in less than 2 years they were getting married.  Although Lorraine was still feeling very angry with God, it was important for her to be married in a church.  They found an Episcopal Minister who agreed to marry them only if they took “Premarital Counseling”.  This would prove to be a great blessing.  It was “Bob the Minister” who helped Lorraine realize she had been very angry with God and how guilty this made her feel.  He also convinced her she could talk to God about this.

During her marriage to Steve, she desired to “get back to the Lord”.  Their marriage was a rollercoaster with many highs and many lows.  In 1990, they separated and then divorced.  Lorraine struggled immensely during this time.  The separation brought her to her knees; she did not think she was going to survive the pain of losing him.  She called out to God, as this was the only way she thought she would survive.  She rededicated herself the Lord - ALMOST-

It took almost 2 years for her to realize she could not walk both sides of the fence.  Partying all week then give herself to God on Sundays. She found herself at rock bottom and once again very angry.  She wanted the pain to stop.  She finally admitted to herself she was angry with God, and she asked Him for help.  At last, He answered her prayers.  She started counseling which led to a 2-week retreat.  This is where she emptied herself of all the destruction she had been doing.  She realized that “God” had emptied her so He could fill her with the “right” stuff.  He brought her from a religiously intolerant and scared woman and planted in her the seeds of tolerance, understanding and love.  He also planted the Holy Spirit, bringing her discernment and comfort.  The Lord healed a deep, deep darkness and replaced it with faith, hope, light and mercy.

Lorraine got back into mission work, which if you knew her you know how much she loved this. As she learned during her time in Peru, you must feed and nurture before you can bring them to the Lord.

Some of her missions included:

San Vincente, in Baja California, Mexico, doing clinical work, tending mostly to pregnant mothers and malnourished, ill children.  She taught Sunday school and youth classes.  She worked on projects from building pigpens to digging latrines.  They also went out into the desert to the migrant camps to tend the sick and deliver food and clothes if available.

Merida, Mexico, at the Merida Downs Syndrome School (for children with Downs Syndrome, street kids and home for girls).  Here they did several building projects, hospital work and evangelism to the children.

Tecate, Mexico, at Sparrows Gate (a home/school for children who would otherwise be on the streets). They provided health clinics, some medicine, haircuts and helped with labor projects.  They also traveled to orphanages for VBS and support to local churches.

Lorraine adored her oldest brother Pat.  When she was in Peru and wrote home, she always asked how Pat was doing.  When Pat accepted the Lord, she was ecstatic!  Pat and wife Connie decided to move back to Boise from Colorado and attend Boise Bible College.  In 1994, they introduced her Joey Hutton.  Lorraine and Joey became fast friends.  They shared many like interests including their love for the Lord.  In 1997, Lorraine and Joey were married.

Through the years, Lorraine worked for numerous hospitals, clinics and care facilities, including The State of Idaho, Health and Welfare as a Facility Surveyor. Lorraine didn’t like staying grounded, she moved multiple times.  Some places she lived includes Haines, Alaska; Aberdeen, Washington; Chicago, Illinois; Montrose, Colorado; of course Boise, Nampa, Orofino and Bruneau, Idaho.  She and Joey even moved to North Carolina when Pat got sick, then back to Boise when he returned. They also moved to Lander, Wyoming and back to North Carolina, but she always returned to Boise.  Lorraine acquired many close friends throughout her travels.

Lorraine was always nurturing and caring for others, unfortunately she didn’t always take the best care of herself.  Lorraine was an amazing cook. Some specialties were of course almost anything Mexican and pistachio salad. But her Prime Rib was the best!! She could put any 5-star restaurant to shame!  You always knew when Lorraine was in the kitchen because every dish in the house was used.

One thing you never wanted to have of Lorraine’s was her oatmeal!  Shortly after returning from Peru, she fixed oatmeal for her nieces and nephews.  We wouldn’t eat it.  This made her quite angry and she insisted we eat the oatmeal and hurry off to school.  After much coaxing and tears, we downed the oatmeal and went off to school.  After we were all gone, she thought to herself this couldn’t be that bad.  So, she took a bite and immediately spit it out.  It was awful!  She could not understand as she had put “brown sugar” in to sweeten it up.  She pulled out the package of “brown sugar” to find that it was actually curing salt.  She felt terrible, especially when we all came home from school sick as could be.

Lorraine passed away peacefully in her sleep in the early morning hours of December 24, 2022. Just in time to celebrate the birth of Jesus with him in heaven.  She was joined by those who passed before her. Her beloved Joey, both her parents, her infant sister Morraine Ellen and both brothers Pat Jr. and Phillip.

A small memorial service will be held at 2:00 Saturday, January 28, 2023, at the Boise Christian Retirement Village, 3223 N 36th St, Boise, ID 83703.  The village will be making Lorraine’s favorite meal, Mexican food at 1:00 if anyone would like to attend, please give us a head count so they have plenty to feed us.  A $5.00 donation would be appreciated.

In lieu of flowers, the family requests memorial donations be made in Lorraine’s name to a Christian mission program or to the Boise Bible College.

To send flowers to the family or plant a tree in memory of Lorraine Hutton, please visit Tribute Store
Saturday
28
January